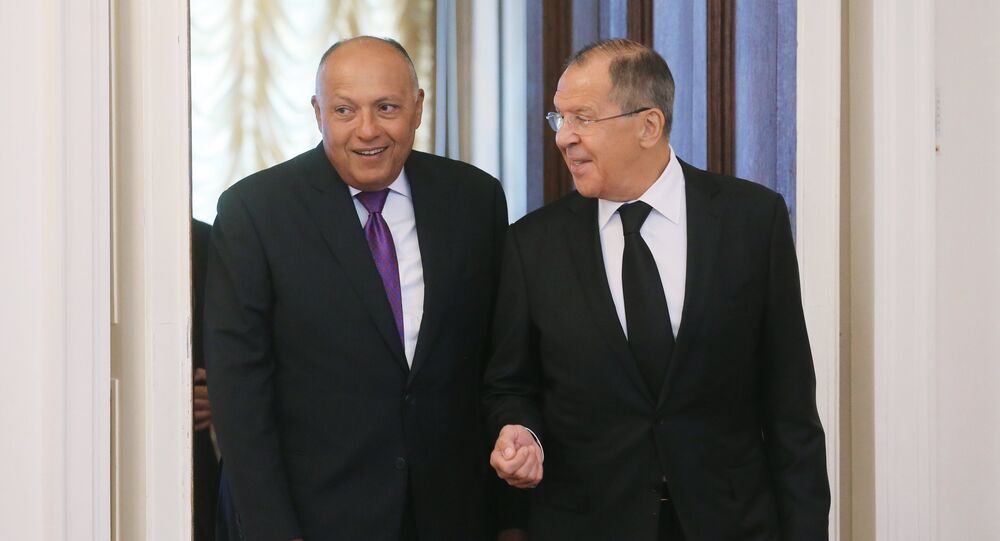 Egyptian Foreign Minister Sameh Shoukry on Monday expressed hope that the ongoing round of talks between his country and Russia held in Moscow would allow the two states to remove the obstacles existing in bilateral ties.

"I hope that the current round of talks will help us expand our bilateral cooperation, as well as resolve issues that impede the development of relations," Shoukry said at the meeting with Lavrov.

The Egyptian official underlined the importance of regular contacts between the two nations both at the level of the foreign ministries, the heads of state as well as at the level of experts.

Diplomatic relations between Moscow and Cairo were established in August 1943. Since then, the two countries have cooperated in a number of areas, including agriculture, defense and tourism.