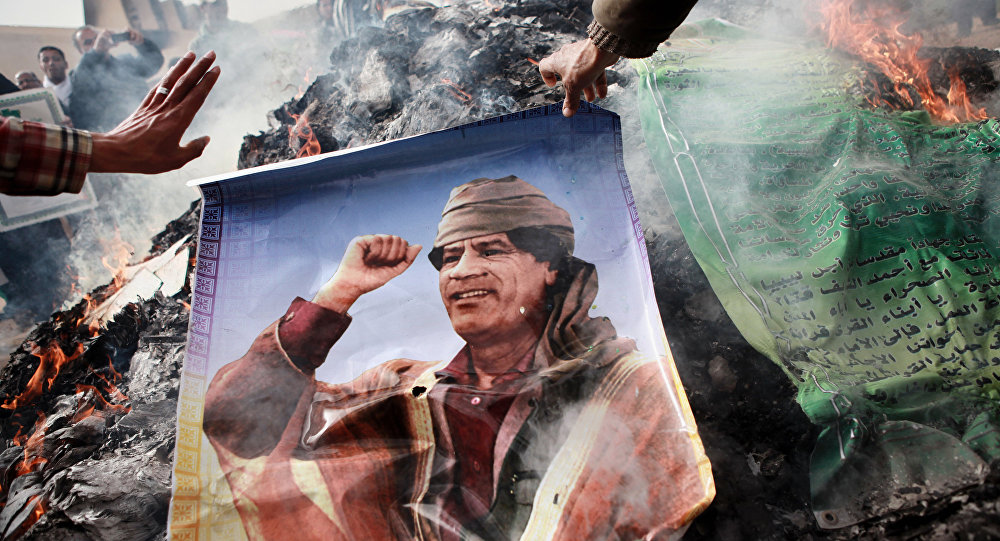 The recent visit of Khalifa Haftar to Russia has immediately prompted speculations about Moscow's alleged intention to involve itself deeper in Libyan affairs, RIA Novosti contributor Gevorg Mirzayan writes, shedding light on how Russia can bolster its cooperation with the state when the ongoing civil war is over.

As the future of Libyan statehood remains hanging in the balance, the international community has pinned its hopes on two influential players — Prime Minister Fayez Sarraj of the Libyan Government of National Accord and Libyan National Army (LNA) Commander Field Marshal Khalifa Haftar.

The two Libyan rival leaders had confronted each other for a long period of time; however, in late July Sarraj and Haftar appeared to make progress after negotiating a ceasefire and elections for the next year during their meeting in Paris.

"The West has long supported Sarraj. However, over recent years, the LNA has achieved significant successes and has taken control over many territories [in Libya], so it now no longer looks reasonable to ignore Khalifa Haftar," Gevorg Mirzayan, an associate professor at the Department of Political Sciences at the Finance University of the Russian Government, writes in his op-ed for RIA Novosti.

© REUTERS / Ismail Zitouny
Libyan National Army Head: EU Desire to Keep Migrants in Libya 'Not Acceptable'
At the same time, Haftar has won the support of the Libyan population, which sees him as the guarantor of stability and the potential winner in the long-standing civil war, the academic emphasized.

Apparently, therefore, Paris and Rome — the key European players in Libya — have begun to seek ways to reconcile the two rival Libyan leaders.

The Paris meeting resulted in the signing of the ceasefire agreement between the two forces, but there is still a lot of uncertainty regarding who will be at the helm of the government when the war is over.

"There are several ifs and buts about this agreement," Mirzayan wrote, "First, the attitude of the European facilitators toward Haftar is different… Italy wants to maintain the balance of power between the Libyan players and agrees to offer Haftar only the position of Minister of Defense."

For his part, Macron appears to be ready to recognize the field marshal as the new "Libyan dictator," the academic remarked.

"Second, Haftar's political position is still precarious," he continued, adding that the Libyan leader cannot entirely rely on the French.

Further complicating matters, Haftar is a hard nut to crack in the eyes of the Europeans, in contrast to Sarraj, who appears to be more "manageable" than his competitor.

Third, Haftar needs to intensify the negotiation process over the future of Libya since the constitutional validity of the Skhirat agreement which envisages the creation of a unity government will end in the end of this year.

Amid, these circumstances, it is quite understandable why Haftar is seeking assistance from a "third force," the academic noted, referring to the field marshal's recent visit to Russia.

According to Yury Barmin, an expert at the Russian International Affairs Council (RIAC), Moscow is also interested in building bridges with Libya: it hopes to resume and bolster bilateral ties to where they were in the times of Libyan leader Muammar Gaddafi.

"Moscow plans to get military, oil and gas, and infrastructure contracts in Libya," Barmin said, as quoted by Mirzayan.

The question then arises whether Russia will be able to implement its plans.

According to Mirzayan, it is highly likely that Russia will win military contracts in Libya once the UN arms embargo is lifted.

However, it's still up in the air whether Moscow will get energy or infrastructural contracts, the academic noted.

To fulfill its plans, Russia needs to diversify its contacts, Mirzayan argues, assuming that Moscow has to place its bets not only on Haftar but also on Sarraj. The latter, according to the academic, will come to the Russian capital in September, to hold negotiations.

© Sputnik / Vladimir Astapkovich
Lavrov at Talks With Haftar: Russia Supports Full-Scale Restoration of Libyan Statehood
In any event, before striking any deals, the protracted civil war in Libya should be brought to an end.

"We will continue our fight against terrorists until we manage to liberate all the territory of Libya," Haftar said Monday during a meeting with Russian Foreign Minister Sergei Lavrov in Moscow.

For his part, Sergei Lavrov underscored that Russia hails efforts made by Haftar and Sarraj to ensure generally acceptable ways of implementing the Skhirat agreement.

"We believe that it is very important to focus all mediation efforts and ideas on the political front on the basis of the activities of the United Nations," Lavrov said, adding that Moscow sees such activities "not as aimed at the development of solutions, but as a contribution to the most favorable conditions for a dialogue between key figures in Libya, so that they themselves agree on the future of their country."