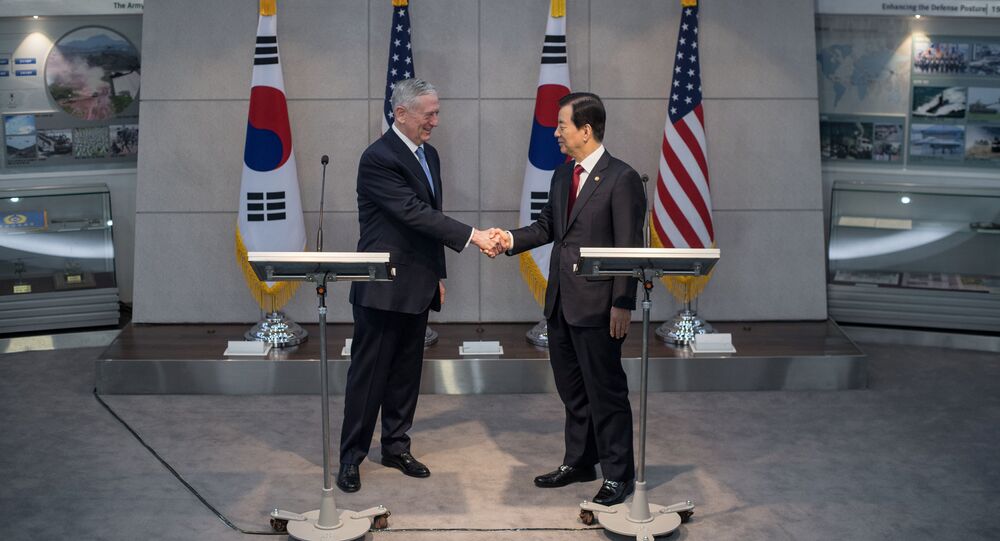 The United States and South Korea will continue to exert pressure on North Korea amid its missile threats, demonstrating power either jointly or separately, local media reported Monday, citing a report issued by the South Korean Defense Ministry.

TOKYO (Sputnik) — The possible retaliatory measures will include a demonstration of firepower by South Korea alone or with the United States, enhancing exercises to cope with North Korean nuclear threats, and the deployment of additional US Terminal High Altitude Area Defense (THAAD) units, Yonhap news agency reported, citing the report.

The ministry stated in its report that South Korea and the United States were ready to "demonstrate the strong willpower and capabilities of the Korea-US alliance, and will put them into action if necessary."

In late August, Seoul and Washington will carry out the Ulchi-Freedom Guardian (UFG) military exercise in the context of increased threats from Pyongyang.

Earlier this month, the UN Security Council (UNSC) unanimously adopted a resolution tightening sanctions against North Korea after the latter's two missile launches in July. The move was criticized by Pyongyang, which subsequently vowed to use any means possible to retaliate against the United States after the UNSC approved the new US-drafted sanctions.

On Tuesday, US President Donald Trump threatened Pyongyang with "fire and fury" if the country's leadership made further threats. In reaction, the North Korean military said Wednesday it was considering a missile attack near the US island of Guam, which hosts several US military bases.