US Vice President Mike Pence starts his trip to Central and South America on Sunday, scheduled to visit several countries in four days.

MOSCOW (Sputnik) — According to the White House, Pence will travel to Cartagena and Bogota in Colombia, Buenos Aires in Argentina, Santiago in Chile and Panama City in Panama, completing the trip on Friday, August 18.

"At President [Donald] Trump's direction, and in a sign of the high importance he places on this region, in August I will travel to Central and South America. I will build on the good work that has been done throughout President Trump's Administration to bolster our shared economic and security goals," Pence said ahead of the visit as quoted by the Office of the Vice President. 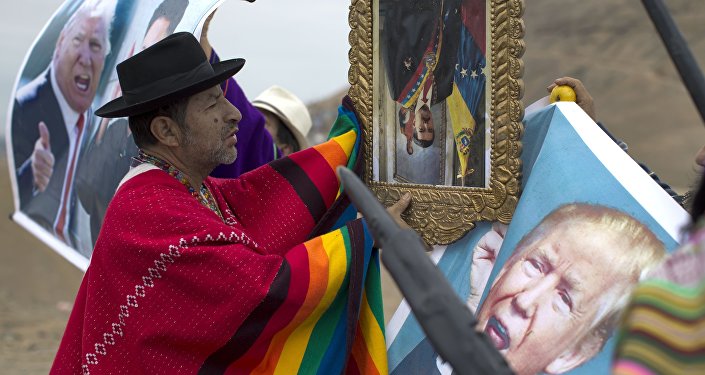 According to the Office, Pence’s visit is aimed at reaffirming Trump’s commitment to deepening bilateral ties with the countries of the region, in particular in trade and investment areas. Pence will also reiterate Washington’s support of cooperation in security and business areas, as well as in agriculture and infrastructure development.

At the same time, current US relations with Venezuela are far from ideal. On Friday, US President Donald Trump told reporters the United States would not rule out taking military action against Venezuela's President Nicolas Maduro, citing a rising number of protest-related deaths in the country.

Venezuelan Defense Minister Vladimir Padrino, in turn, said Friday that Trump's threat of military action was an act of craziness.

In a statement later in the day, the White House said Trump denied having a telephone conversation with Maduro unless democracy is restored in the country.