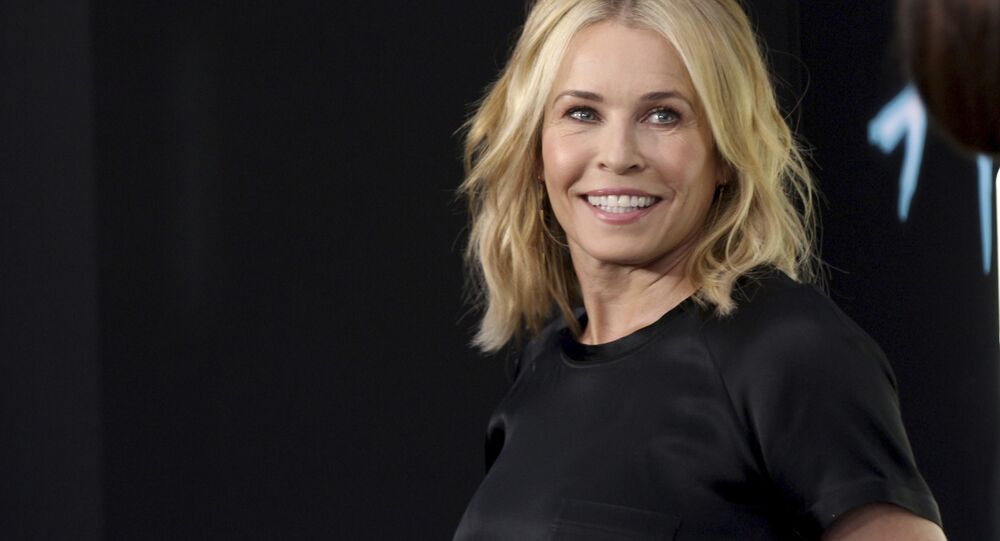 Netflix Show Host Calls for Military Coup in US

A popular TV host has called for the US military to stage a coup against US President Trump.

Prominent comedian and host of a Netflix show inspired by her personal view of life and culture, Chelsea Handler on Friday used social media to call for the military brass of the United States to forcibly remove US President Donald Trump from office in a coup.

The Netflix television host tweeted that the Pentagon would only be making their lives — and the lives of the rest of the world — calmer, by taking the remarkably unpopular and polarizing Trump out of office.

Handler managed to also suggest that the storied armed forces of the US would be safeguarding their well-earned reputation as a agent of democracy, cited by The Free Beacon.

"To all the generals surrounding our idiot-in-chief…the longer U wait to remove him, the longer UR name will appear negatively in history [sic]," she tweeted.

Does Standoff With Congress Risk Impeachment Against Trump?