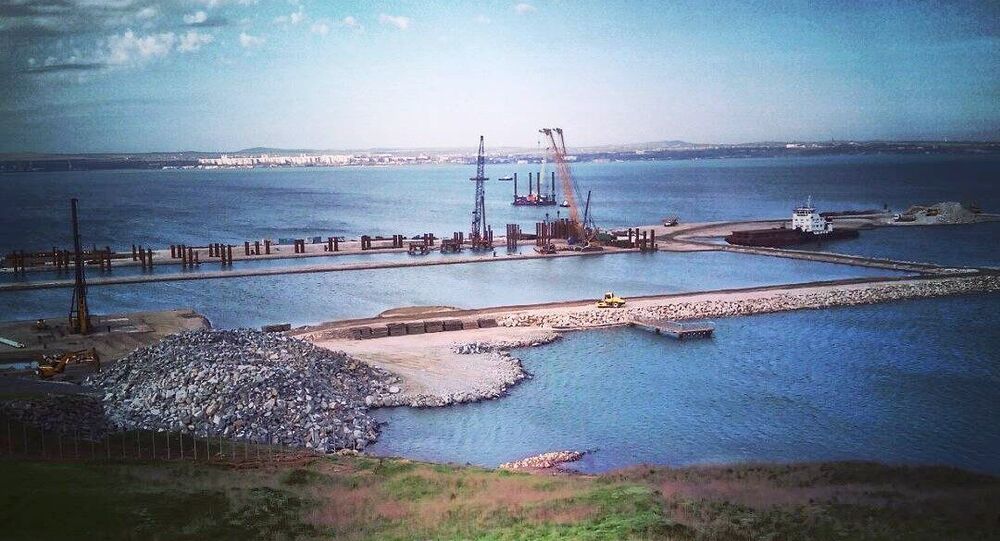 The Ukrainian Foreign Ministry said it delivered a protest note to Russia with regard to restrictions on maritime traffic through the Kerch Strait in August-September 2017 due to the construction of a bridge that will connect the Russian peninsula of Crimea with the Krasnodar Territory.

KIEV (Sputnik) — The Crimea Bridge across the Kerch Strait will connect the peninsula and the Krasnodar Territory. Its total length is 19 kilometers, which will make it the longest bridge in Russia.

"The Foreign Ministry of Ukraine rejects the ban on maritime traffic through the Kerch Strait in August-September 2017 in relation to the construction of a bridge imposed by the Russian Federation and once again stresses the unlawfulness of such actions… The relevant protest note was delivered to the Russian Federation," the statement said.

The ministry claimed that the construction of the bridge is contrary to international law, yet again refusing to recognize Crimea a part of Russia despite the 2014 referendum.

© Sputnik / Sergei Malgavko
Putin Vows to Defend Crimea With All Possible Means
Car traffic via the bridge is expected to start in December 2018. The investment in the project amounts to 200 billion rubles ($3.47 billion).

Crimea rejoined Russia in 2014 after almost 96 percent of its voters supported the move through a referendum held in March 2014. Ukraine, as well as the US and the EU did not recognize the referendum's results and call the reunification an "annexation." Russian authorities have repeatedly said that the Crimean residents decided to rejoin Russia in a democratic procedure and that the referendum was conducted in compliance with international law.