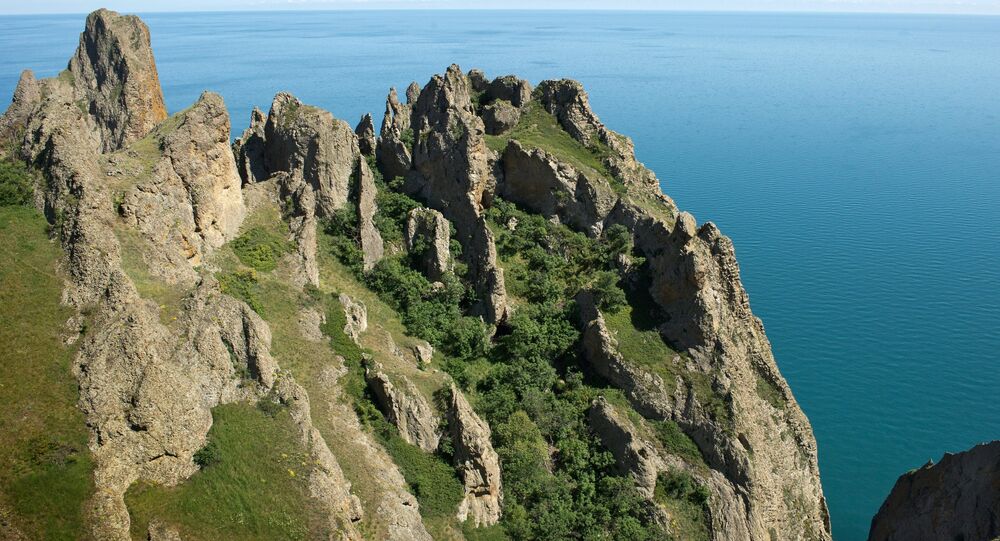 A statement by the chairman of Germany's Free Democratic Party of Germany (FDP), Christian Lindner, who proposed to "encapsulate the Crimean issue" for the sake of a dialogue with Moscow, sparked a heated debate in Germany's political and media environment.

In an interview with Sputnik Germany, the FDP deputy chairman, Wolfgang Kubicki, and a representative of the German Left Party, Andrej Hunko, commented on the issue.

In particular, Kubicki stressed that Lindner's statement concerned not only Crimea, but Germany's policy toward Russia in general.

"Christian Lindner meant not only Crimea, but the attitude to Russia as a whole as well as the need to continue the dialogue despite all discrepancies between the parties. It is meaningless to stubbornly maintain the status quo. We need to return to our relations with Russia on a reasonable basis — regardless of the Crimean issue," the politician noted.

At the same time, Bundestag MP from the Left Party, Andrej Hunko, believes that criticism toward Lindner and his statement was initiated by a number of German media sources, seeking to escalate the conflict between Russia and the West.

"Obviously, there is a whole 'phalanx' in the ranks of the German mass media… which seeks the escalation and acts accordingly. I consider this a dangerous trend, in particular, amidst the fact that this weekend the Scooter techno band was threatened with eight years of imprisonment for having visited Crimea. We are not indifferent to international legal norms, but there are many regions in the world, from Northern Cyprus to Nagorno-Karabakh, whose international legal status is controversial. But they are hardly being talked about, although there are also 'frozen' conflicts on these territories," Hunko stated.

© Sputnik / Sergey Malgavko
EU Decision on Extending Anti-Crimea Sanctions by 1 Year Comes Into Force
Earlier, the chairman of Germany's Free Democratic Party of Germany (FDP), Christian Lindner, explained in an interview with the Funke media group that the West needed a way out of the deadlock in its relations with Russia. However, the Crimean question must be devoted to a separate framework, he noted.

A poll, published Wednesday, showed that a total of 44.4 percent of German nationals support the statement made by Lindner about how Crimea's accession to Russia should be considered a "long-term, temporary solution."

The Crimean peninsula seceded from Ukraine and was reunified with Russia after more than 96 percent of local voters supported the move in a referendum in March 2014. Ukraine, as well as the European Union, the United States and their allies have not recognized the move and consider the peninsula to be an occupied territory.