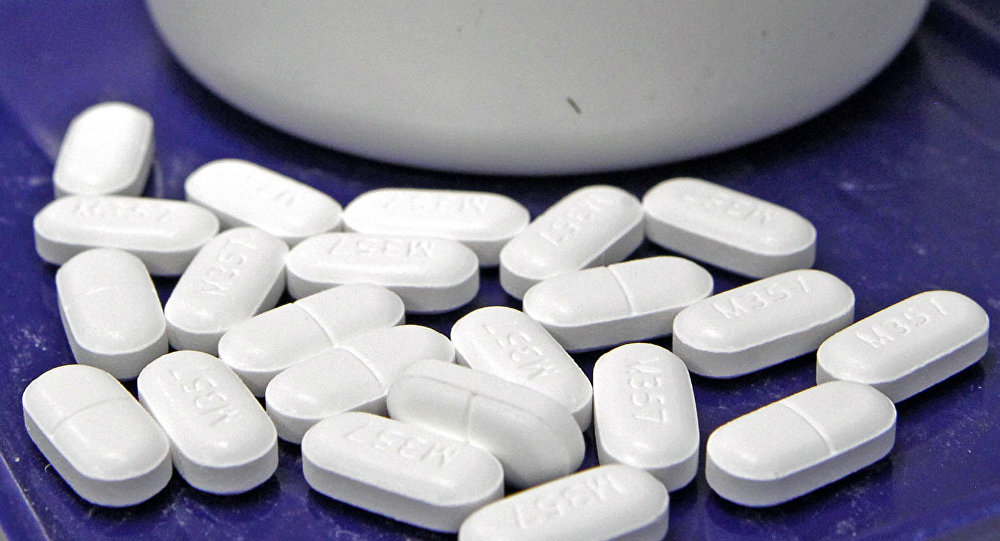 The Georgia Composite Medical Board has implemented a policy requiring every physician in the state to go through training on opioid prescribing practices in light of US President Donald Trump’s declaration of the opioid crisis as a national emergency.

But not everyone is on board with the plan.

The physician training includes lessons on recognizing signs of drug abuse and reviewing proper prescribing guidance, the Atlanta Journal-Constitutional reported Thursday. But the main goal is to reduce the number of legally written pain pill prescriptions: “I’ve decreased the number of opioids that I write by 70 or 80 percent,” board chairman Dr. Dan DeLoach told the newspaper. “There are other agents available,” he said, and “you can also better tailor the number of tablets that you are prescribing” to limit the number of excess doses “left over that could fall into the wrong hands.”

© AP Photo / Martinez Monsivais
Trump: Opioid Abuse in US One of 'Biggest Problems' Nobody Wants to Talk About

The statewide measure received pushback from the Medical Association of Georgia, an advocacy group which prefers opioid training to be voluntary, the Journal noted.

There’s also significant resistance against mandatory opioid safety training at the federal policy level. Although in May 2016 the US Food and Drug Administration’s Drug Safety and Risk Management Advisory Committee recommend that the agency make opioid prescription training a requirement for all doctors prescribing pain pills, the American Medical Association and the American Academy of Family Physicians dissented, arguing that training would create undue burdens for time-strapped physicians or might prevent doctors from writing prescriptions to patients who need them.

Insurance companies also have a role to play in combating the national emergency. Health insurers could require prior authorization for opioid prescriptions lasting longer than three days, opioid epidemic expert Dr. Andrew Kolodny told FierceHealthPayer last September. Other policies, like making it easier to get addiction treatment therapy or medication — which ironically does require prior authorization in most states — could go a long way towards finding light at the end of the tunnel.

“Overdose deaths will remain at record-high levels until effective addiction treatment is easier to access than pain pills or heroin,” the Brandeis University researcher said.

The Centers for Disease Control and Prevention report that “Sales of prescription opioid in the US nearly quadrupled from 1999 to 2014, but there has not been an overall change in the amount of pain Americans report … During this time period, prescription opioid overdose deaths increased similarly.”

The National Institutes of Health has found that prescription pain pill exposure is significantly related to heroin use and misuse. “Of those who began abusing opioids in the 2000s, 75 percent reported that their first opioid was a prescription drug,” while data from 2002 to 2012 demonstrated “the incidence of heroin initiation was 19 times higher among those who reported prior nonmedical pain reliever use than among those who did not.”

Meanwhile, about one in 12 doctors have taken payments from pharmaceutical companies for speaking engagements, meals, consulting services, or travel expenses, according a recent review of federal data conducted by STAT News.