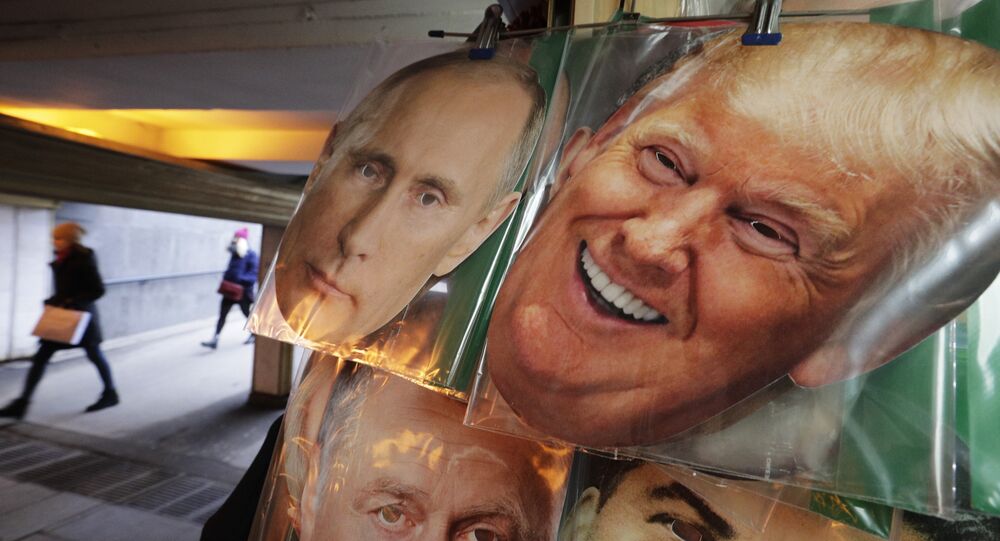 US President Donald Trump said he was cooperating with Special Counsel Robert Mueller's investigation into Russia's alleged interference in the 2016 election and again denied that his campaign team colluded with Moscow in the run-up to the vote.

WASHINGTON (Sputnik) — Mueller, an ex-director of the Federal Bureau of Investigation, is leading an independent inquiry into Russia’s alleged meddling in the 2016 US election and reported collusion between the Trump campaign and Moscow.

"We’re working with him [Mueller]," Trump told reporters Thursday. "We have a situation that’s very unusual… There was no collusion between us and Russia. In fact, the opposite. Russia spent a lot of money on fighting me."

Trump has also strongly rejected accusations that his campaign colluded with Moscow in the run-up to the election and has previously called Mueller's investigation a "witch hunt."