Exactly nine years ago Tbilisi launched the US-backed Operation "Clear Field" against South Ossetia and Abkhazia. While the operation led to the resounding defeat of the Georgian armed forces, it appears that the lesson remained unlearned, Sputnik contributor Alexander Khrolenko notes.

If Georgia, the US, and their allies don't take into account the interests of Russia, Abkhazia and South Ossetia in the Caucasus, that's not going to be good for anyone, Sputnik contributor Alexander Khrolenko points out, recalling that exactly nine years ago Georgia kicked off its Operation "Clear Field" aimed at depriving South Ossetia of its independence and sovereignty and invading Abkhazia.

"On the night of August 8, [2008] Georgian troops attacked the capital of South Ossetia Tskhinval and the positions of Russian peacekeepers with massive artillery shelling (including cluster munitions), followed by the invasion of the South Ossetian territories by Georgian Special forces and tanks," Khrolenko wrote. 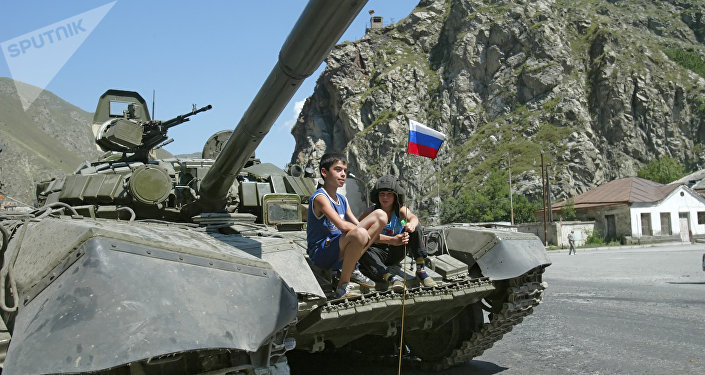 © Sputnik / Said Gutziev
'Russia Always Ready to Protect Its Nationals': PM on 2008 War in S Ossetia
However, Georgia had not launched the invasion on its own — Tbilisi was backed by the US and its allies.

"In August 2008, the US urgently organized an 'air bridge' to transfer arms and ammunition from Jordan to Georgia," he added.

Furthermore, Washington and NATO spent $2 billion from 2004 to 2008 to train the 20,000-strong Georgian national military contingent, which boosted its skills in Iraq. The alliance worked out a concept of conducting combat operations in mountainous conditions and developed a plan aimed at what they called "restoring the constitutional order" in South Ossetia. 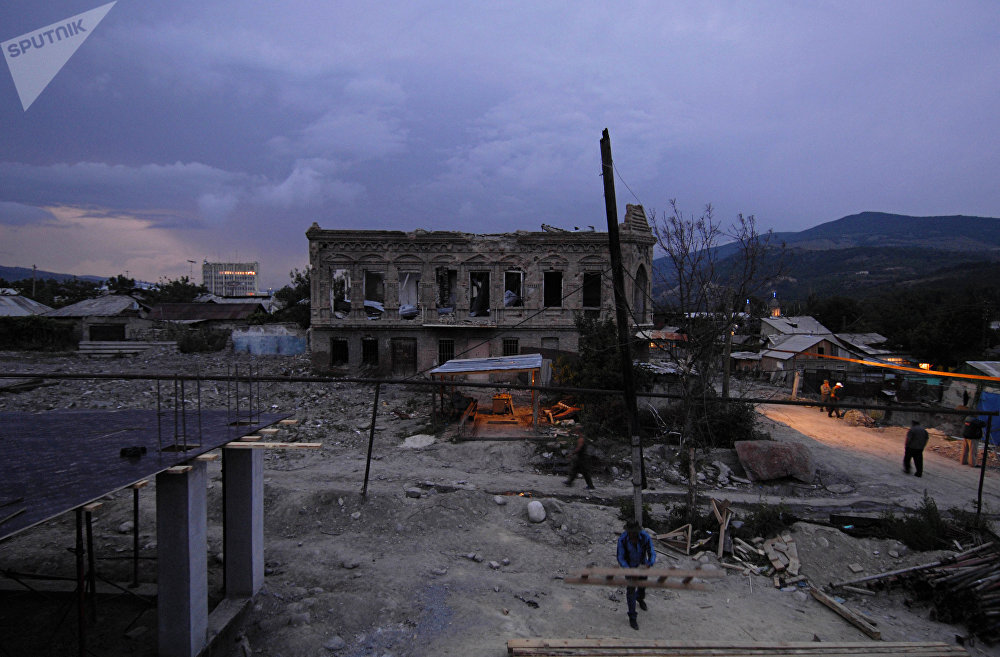 Although the US and Georgia spent a lot of effort in preparing for the invasion of South Ossetia, their plan to create a NATO foothold in the South Caucasus failed.

"Their calculations proved wrong and Georgian troops fled in panic from Tskhinvali to Tbilisi, throwing down their weapons and equipment, from an adversary which was equal in number to [Georgian forces]," the journalist emphasized. 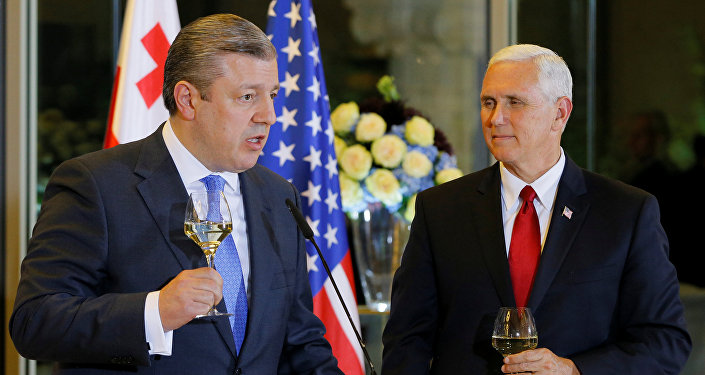 © REUTERS / Zurab Kurtsikidze/Pool
'Key Strategic Partner': Pence Vows Georgia Will 'One Day' Become a NATO Member
It transpires that the $2 billion was spent in vain, Khrolenko writes, citing the fact that neither the strategic nor the geopolitical goals of the US-Georgian partnership were achieved.

The journalist quoted Svante E. Cornell, a Swedish scholar specializing on politics and security issues in Eurasia, who underscored in his article for The American Interest that "the war in Georgia and the financial crisis were a double whammy that fundamentally altered the balance of power in the Caucasus to the detriment of the West."

However, it seems that the lesson remained unlearned for Tbilisi, Khrolenko remarked.

"Georgia continues to accuse Russia of 'infringement' of sovereignty, persistently strives for NATO membership, and proceeds with its claims for the territories of Abkhazia and South Ossetia, renouncing the principle of non-use of force," the journalist noted. 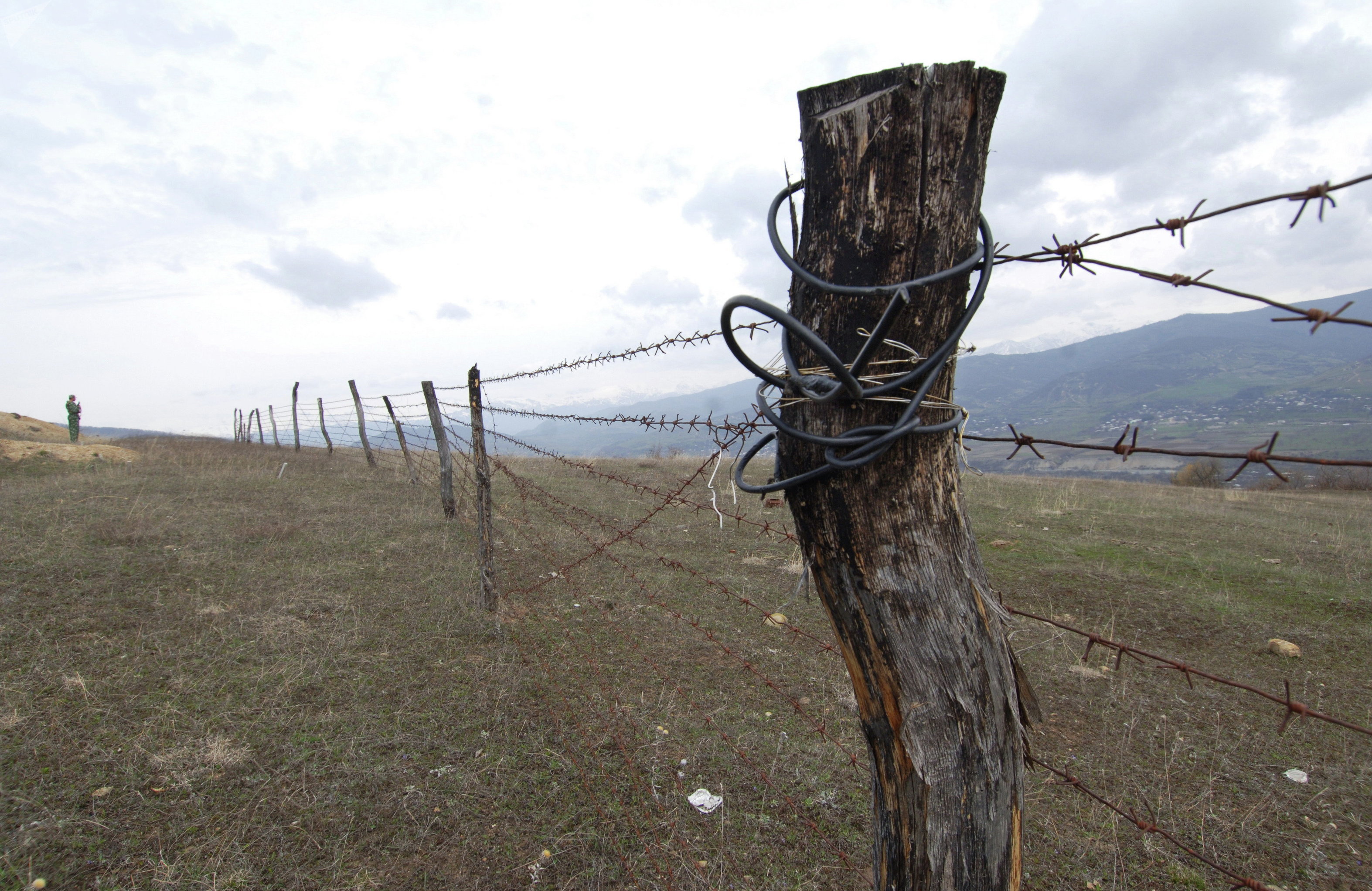 © Sputnik / Sergey Pyatakov
The South Ossetia-Georgia demarcation line of the peacekeeping operations zone near the village of Tserkov, Tskhinval District

On the other hand, Georgian military forces continue to take part in NATO drills on a regular basis.

On July 31, a US Army Europe-led exercise Noble Partner started at the Vaziani military base in Georgia.

Citing US Ambassador Ian Kelly the Pentagon reported that "this year's exercise seeks to enhance interoperability and readiness by improving the participating nations' ability to conduct multinational mission command and control and measure the ability to support a multinational operational scenario."

In addition, the US Congress signaled its willingness in mid-July to mull over Georgia's membership in the Atlantic military bloc.

It looks rather suspicious, Khrolenko emphasized, adding that by boosting its ties with NATO Tbilisi is seemingly making steps which may shatter the fragile balance of power in the region.

Interestingly enough, almost simultaneously, Europe is considering the issue of creating a refugee center in Georgia. Needless to say, that is likely to further aggravate tensions in the Southern Caucasus.

Alas, "after many years of devotional service to foreign interests, Georgia has not won the respect of its 'senior partners'," the journalist wrote, "One way or another, Tbilisi will have to pay for a visa-free regime and its pro-Western policy."