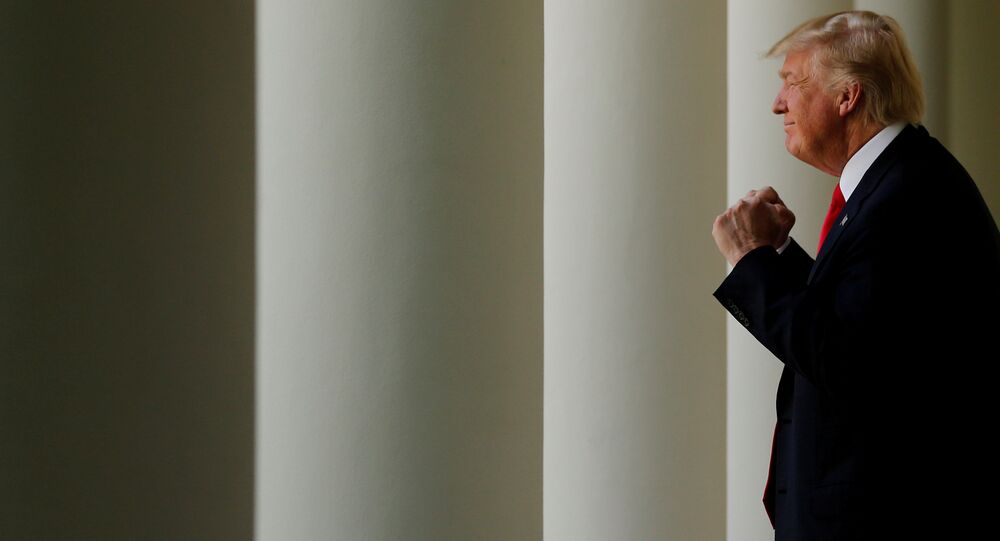 The latest UN Security Council resolution on North Korea is the single largest sanctions package ever imposed on the country, and it will make a big financial impact on Pyongyang, according to US President Donald Trump.

© AFP 2021 / TIMOTHY A. CLARY
Potential of Sanctions Against Pyongyang Comes to End - Russian Envoy to UN
WASHINGTON (Sputnik) — The latest UN Security Council resolution on North Korea is the single largest sanctions package ever imposed on the country, and it will make a big financial impact on Pyongyang, US President Donald Trump said.

"The United Nations Security Council just voted 15-0 to sanction North Korea. China and Russia voted with us. Very big financial impact!… United Nations Resolution is the single largest economic sanctions package ever on North Korea. Over one billion dollars in cost to N.K.," Trump said on Twitter on Saturday.

On Saturday, the UN Security Council (UNSC) unanimously adopted the resolution tightening the sanctions imposed on North Korea. The document implies prohibition of imports of coal, iron, iron ore, lead and seafood from the Asian nation by the UN member states.

Within the framework of the resolution, UN member-states will not be available to open joint ventures or cooperative entities with North Korean entities or individuals, as well as not be able to to increase the number of North Korean workers already engaged in the projects on the territories of the member states.

In July, North Korea conducted two tests of intercontinental ballistic missiles in violation of previous UN Security resolutions. The latest launch was carried out on July 28. According to the state-run Korean Central News Agency (KCNA), the test was successful with the missile having reached the altitude of 3,725 kilometers (2,314 miles) and traveled 998 kilometers for about 47 minutes before falling in the Sea of Japan.