S-400 and Silk Road: Is Ankara Pivoting Towards Russia, China Instead of West

Chinese Foreign Minister Wang Yi and his Turkish counterpart Mevlut Cavusoglu agreed to enhance cooperation in combating terrorism during their recent meeting in Beijing. Sputnik spoke with a Turkish analyst about how this agreement could be a new beginning for Turkey’s pivot toward the Shanghai Cooperation Organization. 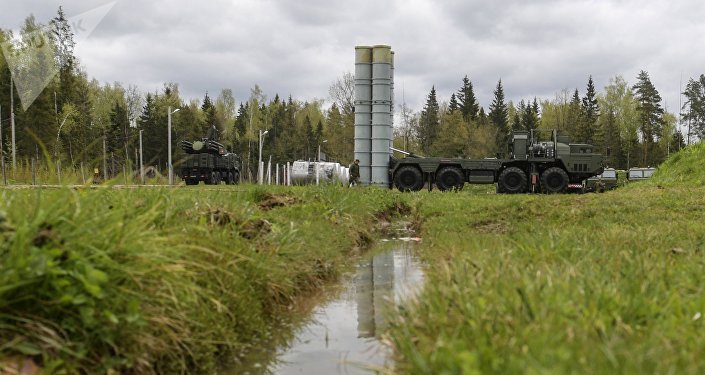 © Sputnik / Grigoriy Sisoev
Turkey-Russia S-400 Deal: Ankara 'Falls Out of NATO Air Defense System'
During the meeting the Foreign Minister of Turkey announced that “China's security is considered by Turkey as its own.” In this regard, Turkey will not allow any organizations on its territory to engage in activities that threaten China's interests and its territorial integrity and sovereignty.

Ahmet Gendjehan Babish, director of the Turkish Center for Strategic Studies, in an interview with Sputnik said that these statements may point to a new geopolitical direction that Turkey might be considering.

“First of all, it should be noted that the visit of the Turkish Foreign Minister Mevlut Cavusoglu to China was made in light of a strong deterioration of Turkey's relations with the EU and the US. One cannot help wondering if Ankara may be currently considering the Russian-Chinese direction as an alternative to the US-European one?” Babish said.

He further said that Cavusoglu in his speeches in Beijing emphasized the strengthening of cooperation in the field of security.

Taking into account the fact that the Shanghai Cooperation Organization (SCO) is based on collective security, it can be assumed that from now on Turkish foreign policy may include expanding interactions with the organization.

“It is known, that the SCO, unlike the EU, which puts on foreground concepts such as human rights and democratization, focuses primarily on such issues as border security, economic and political cooperation, etc,” Babish said.

According to the analyst today's problems between Turkey and the West are largely due to the differences in their interpretation of such terms as human rights and democratization.

“However, there are no such problems with the SCO, which makes this structure much more attractive for Ankara,” he added.

The analyst further said that despite all this Turkey is still a part of NATO and is integrated into the NATO air defense system.

Nevertheless, today there are talks on the purchase of the Russian S-400 surface-to-air missile system by Turkey and if this contract is signed and Turkey owns these systems, it will further bring Ankara closer to the SCO in general.

© Sputnik / Sergey Malgavko
Russia-Turkey S-400 Deal: Ankara Responds to 'Real Threat,' Flaws in NATO Missile Shield
The Russian-Turkish talks on the delivery of S-400 systems have taken place since 2016. In March, Sergei Chemezov, CEO of Russia’s Rostec Corporation, said Ankara was ready to buy the systems with a loan granted by Moscow.

Later on, Turkish presidential spokesman Ibrahim Kalin said only a few nominal issues are left to be cleared up in a generally formalized contract on the delivery of Russia's S-400s to Turkey.

Turkish President Recep Tayyip Erdogan in late July announced that Ankara and Moscow had signed a document on supplies of the S-400 Triumf systems.

Apart from the S-400 deal, Turkey is also interested in participating in projects such as the revival of the Silk Road. It is primarily due to its geographical location that Turkey wants to be a part of the “One Belt, One Road” project.

According to Babish, “Similarly, today Russia and Turkey are implementing colossal joint projects in the energy sector. Also the sectors of humanities, trade and tourism are developing. The meeting also raised the topic of the construction of a third nuclear power plant in Turkey, which Ankara intends to build jointly with Beijing.”

The analyst stressed that all this points to the fact that Turkey is getting closer to the SCO member countries and “is opening new prospects in the framework of its interaction with the Shanghai Cooperation Organization,” the analyst concluded.

Moscow, Ankara Have Common Understanding of Situation in Syria