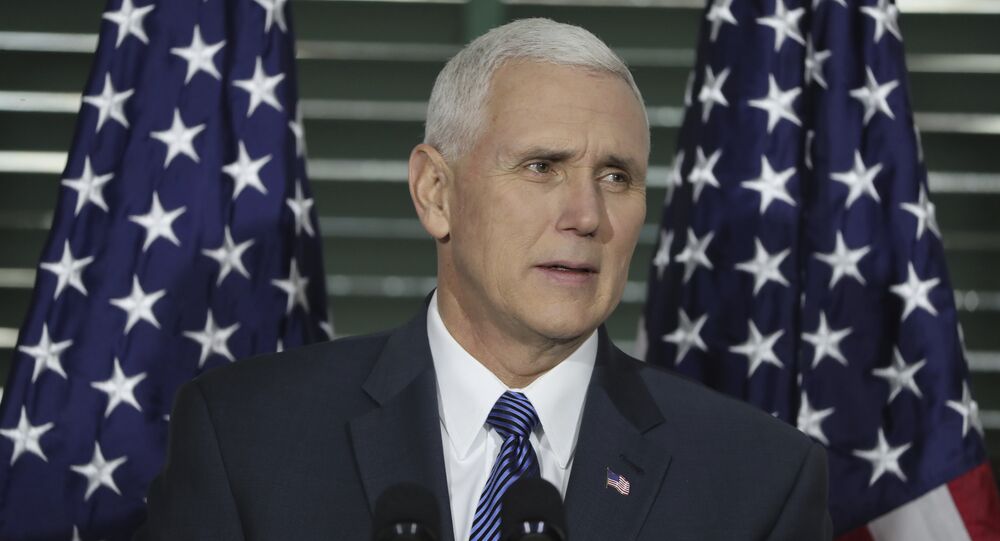 Moscow believes that American politicians in their statements are sliding toward stereotypes from the Cold War era, the Russian Foreign Ministry said Thursday commenting on the latest statements by US Vice President Mike Pence.

MOSCOW (Sputnik) — Pence, speaking at a meeting of the Adriatic Charter in Podgorica on Wednesday directly accused Russia of trying to attack the Montenegrin parliament in 2016 and attempting to assassinate the country’s prime minister to dissuade Podgorica from joining NATO.

"It is regrettable to note that Washington is sliding ever deeper into the primitive ideological stamps of the Cold War era, which are completely detached from reality," the ministry said.

© AP Photo / Risto Bozovic
Montenegro Resorts to 'Russian Threat' to Prove 'NATO is Paradise' to Its People
"Imposing an openly destructive 'either with the West or with Russia' choice on the Balkan countries inevitably leads to increased tension on the European continent, destabilizes the situation in the region as a whole and in individual states," the ministry stressed.

Western politicians and security services, including from the United States, have repeatedly accused Russia of preparation to conduct a coup in Montenegro, without bringing any evidence of that. Moscow has refuted the accusations, with Kremlin spokesman Dmitry Peskov calling them unsubstantiated and irresponsible.

© AFP 2021 / SAVO PRELEVIC
Lavrov Lashes Out at Montenegro's 'Russophobic, Unscrupulous' Allegations
Russia has repeatedly expressed concerns over the further expansion of NATO into the east. The Russian Foreign Ministry criticized the political course of Montenegro that sees them joining the alliance without holding a nationwide referendum.

Podgorica was invited to join the 28-nation military alliance in December 2015. Montenegrin authorities accepted the invitation that caused protests in the Balkan nation. On May 19, 2016, NATO member states signed the accession protocol. In June, the country became the full-fledged member of the Alliance.