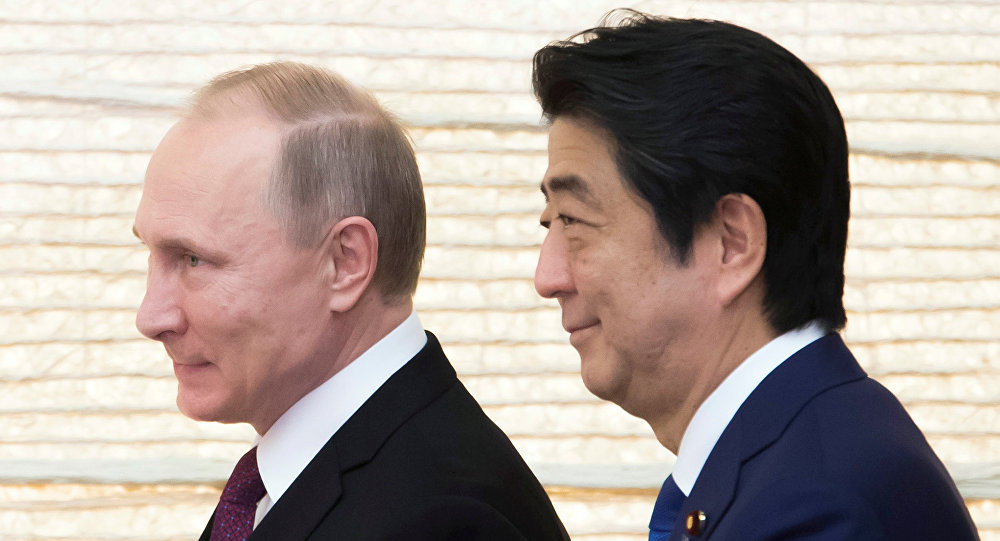 Tokyo seeks to achieve progress in talks with Russia on signing a peace treaty, and, in particular, settling a number of accompanying issues such as joint economic activity, Japanese Prime Minister Shinzo Abe said Thursday.

"I intend to achieve progress in the resolution of the problem of signing a peace treaty, while securing free travel for the former residents [of the South Kuril islands] and ensuring joint economic activity," Abe said at a press conference.

Russian-Japanese relations have long been complicated by the fact that the two nations have never signed a permanent peace treaty after the end of World War II. No deal was reached due to a disagreement over a group of four islands claimed by both countries: Iturup, Kunashir, Shikotan and Habomai (collectively referred to as the South Kuril Islands).

In December 2016, Putin paid a two-day working visit to Japan. During the visit to Nagato, Abe's home town, the two leaders discussed joint economic activity on the South Kuril Islands.

In April, Abe and Putin reached an agreement to provide former residents of the Kuril Islands with an opportunity to travel to the islands by plane without visas.

On the sidelines of the G7 summit, held in early July, the Russian president expressed hope that an intensive dialogue with Japan would help solve long-standing problems and allow for the development of bilateral relations.