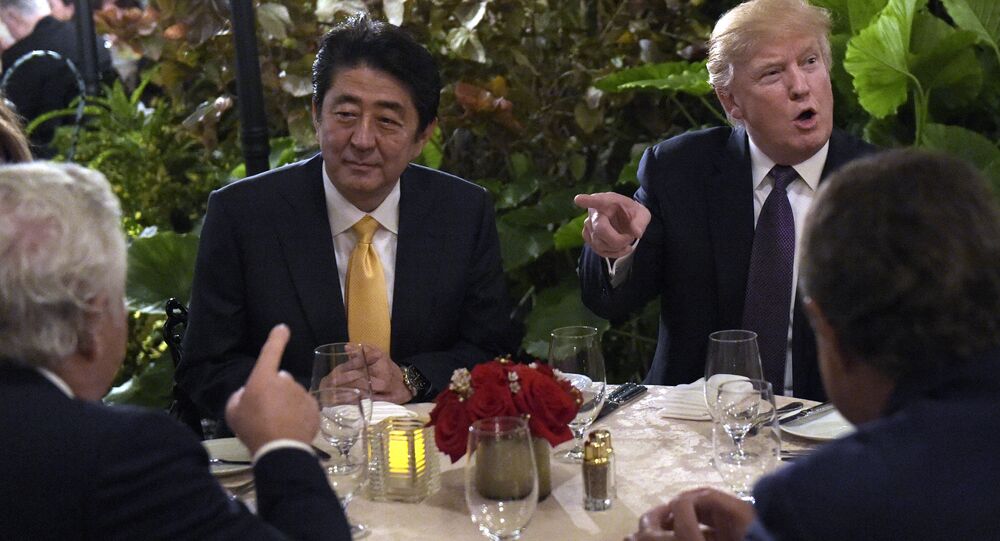 Japan Seeks to Hold 2+2 Talks With US, Urges for Stronger Alliance

Japan seeks to hold 2+2 negotiations with the United States with the participation of the newly appointed Japanese foreign and defense ministers in the near future, as well as to strengthen the Japan-US alliance, Japanese Prime Minister Shinzo Abe said Thursday.

"We will hold talks between foreign and defense ministers of Japan and the United States, the so-called 2+2, within the new cabinet soon, and continue specific negotiations in order to further strengthen the Japan-US alliance's deterrence and ability to respond to threats," Abe told a press conference.

"The recent launch of the ICBM [intercontinental ballistic missile] by North Korea clearly showed that the threat, posed by North Korea to both Japan and the United States, has substantially increased. Never had it been so necessary to strengthen the Japan-US alliance as now," Abe said.

Last week, North Korea conducted its second ICBM test. According to the state-run Korean Central News Agency (KCNA), the test was successful, with the missile having reached an altitude of 3,725 kilometers (2,314 miles) and traveled 998 kilometers for about 47 minutes before falling in the Sea of Japan. Pyongyang's move has been sharply criticized by the United States and its allies for violating UN resolutions.