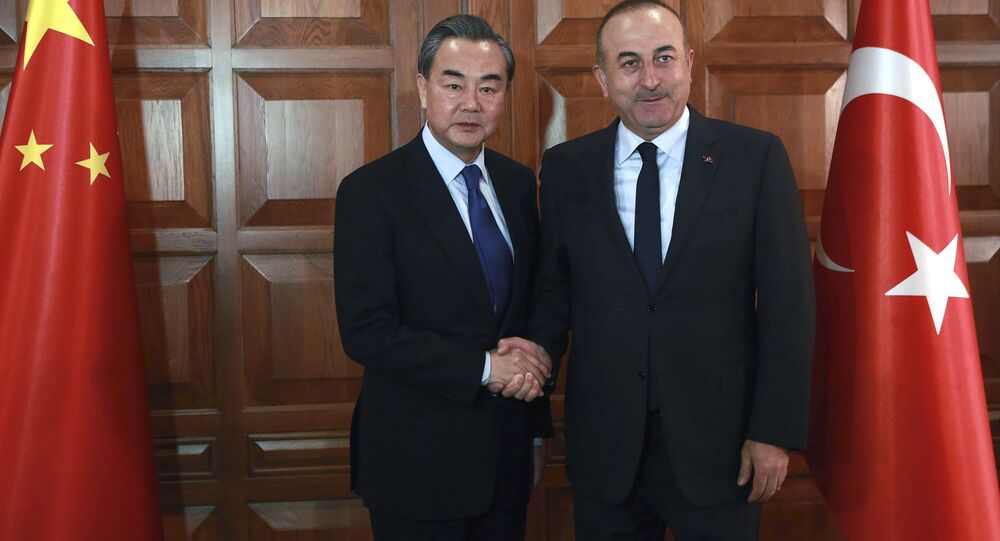 "We have agreed to enhance counterterrorism cooperation and provide common security in full accordance with the fundamental interests of China and Turkey, as well as on the grounds of strengthening mutual trust between the two countries," Wang was quoted as saying in the ministry's statement.

In turn, Cavusoglu said that Ankara considers security of China as its own security, adding that Turkey will never allow any activity within its territory that could potentially be a threat to Chinese sovereignty and security.

Cavusoglu arrived in China for a two-day visit on Wednesday. The senior Turkish official is set to co-host the second meeting of China-Turkey Foreign Ministers' Consultation Mechanism.

© CC BY 2.0 / Gilad Rom / Bagels
China Bans Burqas in Xinjiang Uyghur Region as Part of Anti-Extremism Fight - Reports
China has been repeatedly criticized over its discrimination of millions of primarily Muslim Uyghurs, who live in the country's western Xinjiang province. Beijing introduced severe security measures in the region, which, many human rights watchdogs argue, led to violence against and oppression of Uyghur nationals. Extreme radicalization of the region followed, with Uighurs resisting restrictions on their language, culture and religion imposed by the government.

Over recent years, thousands of Uyghurs fled China seeking asylum in Turkey, with some of them ending up in Daesh ranks in Syria. In 2009. Turkish President Tayyip Recep Erdogan condemned China over "committing genocide" against Uyghurs, which led to significant tensions between Beijing and Ankara. However, over recent years, bilateral relations between the two countries have revived as Turkey re-oriented its foreign policy toward Asian partners and Russia.