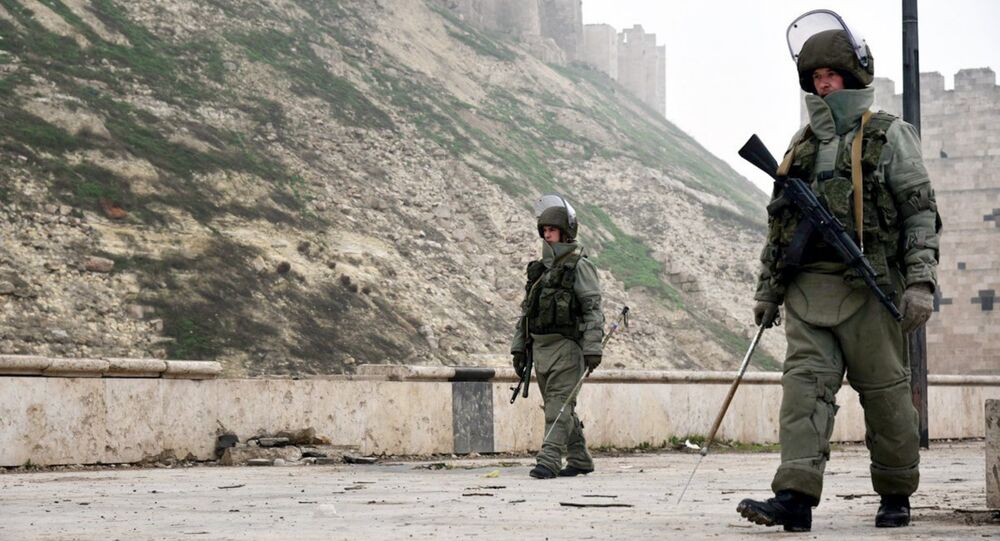 Nothing New: What's Behind Media Reports of Russia's 'Secret Losses' in Syria

Media reports regarding the number of Russian servicemen killed in Syria are part of a deliberate misinformation campaign targeting Russia’s presence in the war-torn country, a military expert told Radio Sputnik.

© Sputnik / Natalia Seliverstova
It's Up to Russian MoD to Declare Russia's Losses in Syria, Not Media - Kremlin
The Russian Defense Ministry has denied a recent media report regarding the number of Russian servicemen killed during the course of the Russian military operation in Syria.

According to Defense Ministry Spokesman Maj. Gen. Igor Konashenkov, this is "not the first time" such reports have been published, and that they’re aimed at "discrediting" Russia’s operation against Daesh in Syria.

"An article about alleged heavy 'secret losses' among Russian servicemen in Syria, released especially for the Russian Airborne Troops Day, is not exception. The sources again are rumors, social networks data and talks with anonymous 'relatives and friends,'" Konashenkov said Wednesday.

© AFP 2021 / George OURFALIAN
Four Russian Military Police Battalions Carrying Out Tasks in Syria Safe Zones
The spokesperson added that there have been repeated attempts to impose a "myth about some killed 'contractors' from a 'secret' organization."

"Such attempts are a lie from A to Z," Konashenkov underscored.

Earlier, the Kremlin commented on the reports, saying that the only official source of information regarding losses among the Russian military is the Russian Defense Ministry, not media.

"Data comes through the Defense Ministry channels, it is necessary to be guided by this data, it is official," Kremlin Spokesperson Dmitry Peskov said.

The recent report by Reuters was a deliberate misinformation attempt, according to Vladimir Kozin, a Russian military expert and professor at the Academy of Military Sciences.

© Sputnik / Dmitriy Vinogradov
Russian MoD Denies Claims of 'Exorbitant' Cost of Military Campaign in Syria
"The Russian side has reported on its losses in Syria, honestly admitting the fact that such losses have taken place. Some were killed in terrorist shelling. A pilot was also killed after a Turkish jet shot down a Russian bomber. Moreover, one Russian soldier was killed after he called an airstrike on himself. Combat losses and tragic incidents are inevitable in a military operation," Kozin said in an interview with Radio Sputnik.

According to the expert, the goal of the recent report by the British news agency is clear.

However, according to the expert, such attempts are unlikely to work out.

"I’d like to emphasize that unlike the Western coalition, the Russian Aerospace Forces have made significant achievements in fighting terrorism in Syria. The fight against terrorists will continue. But already today we can see that the terrorists’ plan of expanding beyond Syria, including towards Russia, has failed," Kozin concluded.

Syria has been engulfed in an armed conflict since 2011. The government forces are fighting armed opposition and terrorist groups, including Daesh and the al-Nusra Front. Russia has been carrying out an aerial operation against Daesh in Syria since 2015, at the request of the Syrian government.