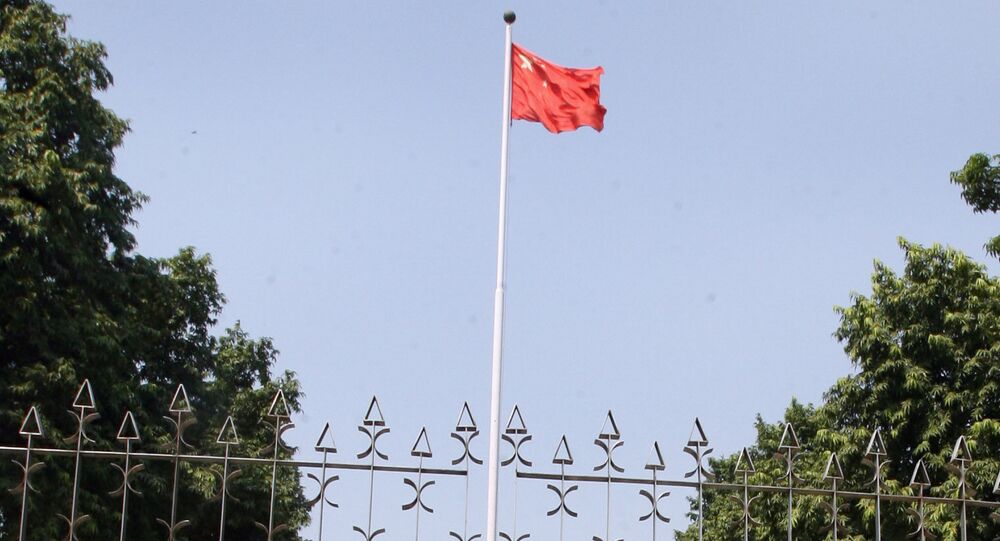 Despite the Doklam standoff and reports of new incursions by Chinese troops, representatives of India and Bhutan attended an event organized by the Chinese Embassy in New Delhi to mark the 90th anniversary of the founding of the People's Liberation Army.

© AFP 2020 / Agnes BUN
Amid China Standoff, India Hits the Pedal on Border Road Construction After Delay
New Delhi (Sputnik) — With the face-off between Indian and Chinese troops in Doklam now threatening to extend into the third month, the representatives from India, Bhutan and other members of the South Asian Association for Regional Cooperation (SAARC) attended an event in New Delhi on Monday to mark the PLA’s 90th anniversary.

Oddly, the Indian participation at the event came amid reports of a fresh Chinese incursion in Uttarakhand state. India was represented by a high-ranking army official, while Bhutan's ambassador to India Vetsop Namgyel was also present along with the likes of Pakistani High Commissioner Abdul Basit. Envoys and military attaches of around 20 countries including Russia and the US also joined in.

India's home ministry confirmed on Tuesday that some 50 Chinese soldiers entered Uttarakhand's Barahoti on July 25. The PLA soldiers entered some one kilometer inside India and threatened some cattle herders to leave the area with their animals.

Indian experts say for New Delhi and Thimpu, it is business as usual and the two countries would like to have normal ties with China, which on the contrary has adopted an aggressive stand, particularly in its state-run media.

"Attending events related to China clearly shows it is business as usual for us and we are not escalating the issue. Indian ministers and, more recently, the National Security Adviser have visited Beijing as part of BRICS events," Dr. Rajeswari Pillai Rajagopalan, Senior Fellow, at the New Delhi-based Observer Research Foundation, told Sputnik. "China's aggressive stance stems from domestic factors and international uncertainty over the US role in upholding the current global order."

Rajagopalan explained that the ongoing uncertainties in the Trump White House and the overall US approach towards global issues wherein the US seems to be withdrawing from most of its commitments is giving "China the scope for power projection."

© Photo : Pixabay
India May Stymie Tibet's Participation in China's 'New Silk Road'
Officials say there have been many such transgressions as both sides have different perceptions of the Line of Actual Control. What's significant from an Indian point of view is that the Chinese transgression in Uttarakhand has happened at a time when both countries are locked in a massive standoff at the border in Sikkim, the longest between the two countries since the 1962 war.

China alleges that Indian troops crossed the border at Sikkim in mid-June to stop the PLA from constructing a road in Donglang (Doka La or Doklam in India and Bhutan), a territory which it claims as its own. India, however, says Chinese troops entered Bhutanese territory in the tri-junction area and PLA's road building attempt violates the 2012 agreement and significantly alters status quo. As Bhutan's major ally, India deployed troops to stop the road project, prompting Beijing's accusations.