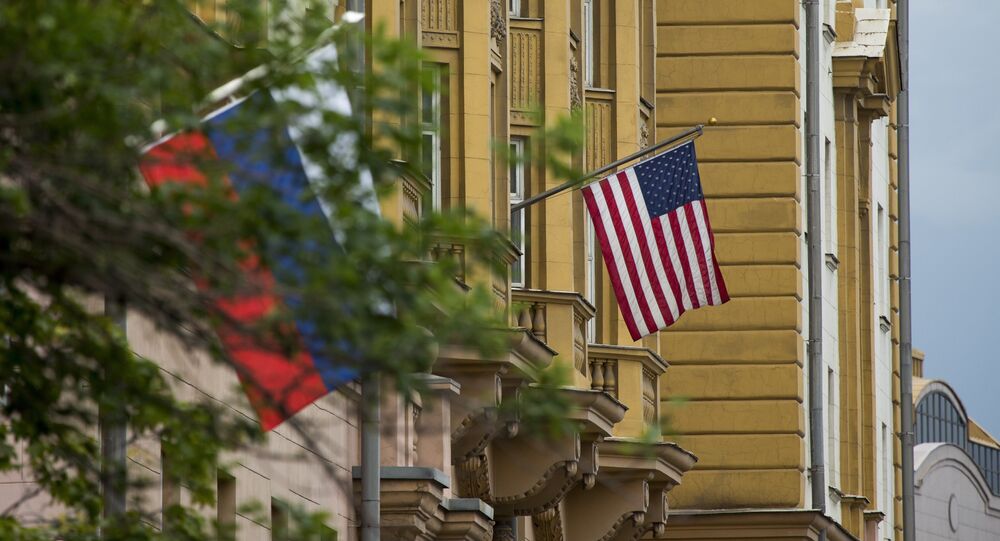 As the US imposes yet another round of anti-Russian sanctions, it appears that the White House’s stubborn refusal to listen to criticism may cause a deadlock in relations between Moscow and Washington.

© AP Photo / Richard Drew
Why US Sanctions Bill is the Last Straw for Russia, Iran, North Korea
Earlier Last week the Russian Foreign Ministry mandated that the US decrease the size of its diplomatic staff in Russia by 755 embassy and consulate workers, and also suspended the use of US Embassy warehouses and its summer house.

This move came as a response to the decision made by former US President Barack in 2016 to expel 35 Russian diplomats and to seize two Russian diplomatic compounds in the US.

"Our nonresistance was regarded by the US as an open invitation for ramping up the pressure and for aggression. As a result, both chambers of the US Congress voted for anti-Russian sanctions bill, and now Trump mulls on whether to sign it or not," he said.

The analyst also pointed out that the US leadership’s refusal to listen to criticism regarding their sanctions policy will likely cause the relations between Washington and Moscow to take a turn for the worse, and it remains unclear how to salvage this situation.

"If the US does not listen to the Russian criticism and to the EU criticism, and if this bill gets signed by the US president, it’ll be a severe blow to our bilateral relations. And it is unclear how to find a way out of this situation and whether Trump would be able to do anything to improve relations, because he cannot repeal this bill without congressional approval. So I think that we’re facing a serious diplomatic deadlock caused by this bill," Svyatenkov surmised.

Last week, the US Senate overwhelmingly approved a bill, earlier passed by the House of Representatives, on new sanctions against Iran, North Korea and Russia. The bill is also designed to limit Trump’s ability to lift sanctions against Russia.

'New Intrigue': Will Trump Sit Down With EU to Make Concessions on Sanctions?