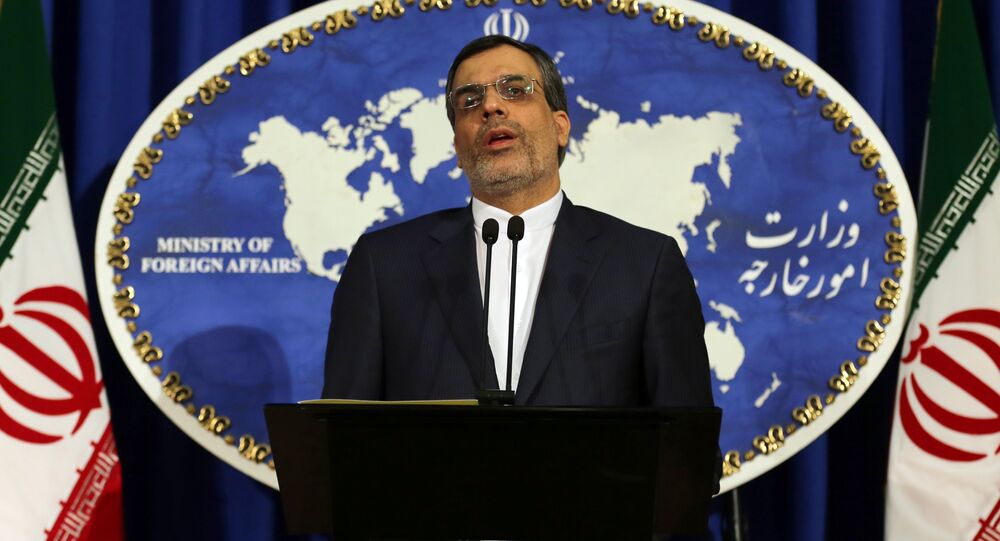 Iranian Deputy Foreign Minister Hossein Jaberi Ansari headed to Moscow from Tehran, to meet Russian officials within the framework of the session of a joint political committee, according to a source.

© Sputnik / Vitaliy Belousov
Israel Backs Russian Move to De-escalate in Syria, but Iran Remains an Issue
TEHRAN (Sputnik) — Iranian Deputy Foreign Minister Hossein Jaberi Ansari on Tuesday headed to Moscow, where he is expected to discuss the situation in Syria, a source from the Iranian Foreign Ministry told Sputnik.

"Deputy Foreign Minister Hossein Jaberi Ansari headed to Moscow from Tehran, to meet Russian officials within the framework of the session of a joint political committee," the source said.

According to the source, Ansari, the Iranian Foreign Ministry's deputy for Arab-African Affairs is expected to meet with Russian Deputy Defense Minister Alexander Fomin, Russian Deputy Foreign Minister Mikhail Bogdanov and Russia's Special Presidential Envoy for Syria Alexander Lavrentyev, and the sides will be discussing the situation in Syria.

© Sputnik / Sergey Mamontov
Russian Deputy PM to Meet President Dodon in Iran After Romania Bans Flight En Route to Moldova
Expert talks on the results of the fifth round of Astana talks on the Syrian settlement will take place in Tehran on Tuesday and Wednesday. Three Syrian ceasefire guarantor states, Russia, Turkey and Iran, are set to open a meeting of joint working group to continue delineation of de-escalation zones in Syria on Tuesday.

Earlier in the day, media reported that the sixth round of Astana talks slated for the end of August could take place in the middle of the month, however, the Kazakh Foreign Ministry said that it could not confirm the change of date.