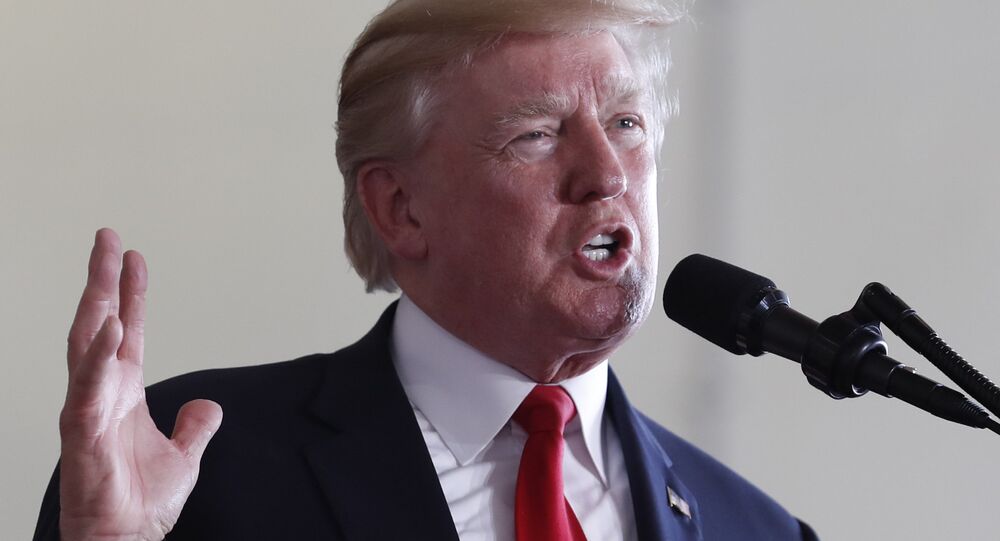 US President Donald Trump vowed to "handle" North Korea on Monday less than a week after Pyongyang conducted its latest missile test.

WASHINGTON (Sputnik) — Trump said the United States can handle any threats posed by North Korea, according to a White House pool report on Monday.

On Friday, North Korea conducted the second test of an intercontinental ballistic missile (ICBM) in less than a month.

© Sputnik / Iliya Pitalev
'Critical Point of Red Line': Seoul Loses Temper Over North Korea's ICBM Tests
According to the state-run Korean Central News Agency (KCNA), the test was successful with the missile having reached the altitude of 3,725 kilometers (2,314 miles) and traveled 998 kilometers for about 47 minutes before falling in the Sea of Japan.

Following the test, US Ambassador to the United Nations Nikki Haley said there was no point in having an emergency UN Security Council meeting if it produced nothing of consequence, noting Pyongyang already violates numerous Security Council resolutions.

North Korea’s ICBM test was condemned by many countries, including the United States, which urged the international community to support the United Nations’ sanctions against Pyongyang.