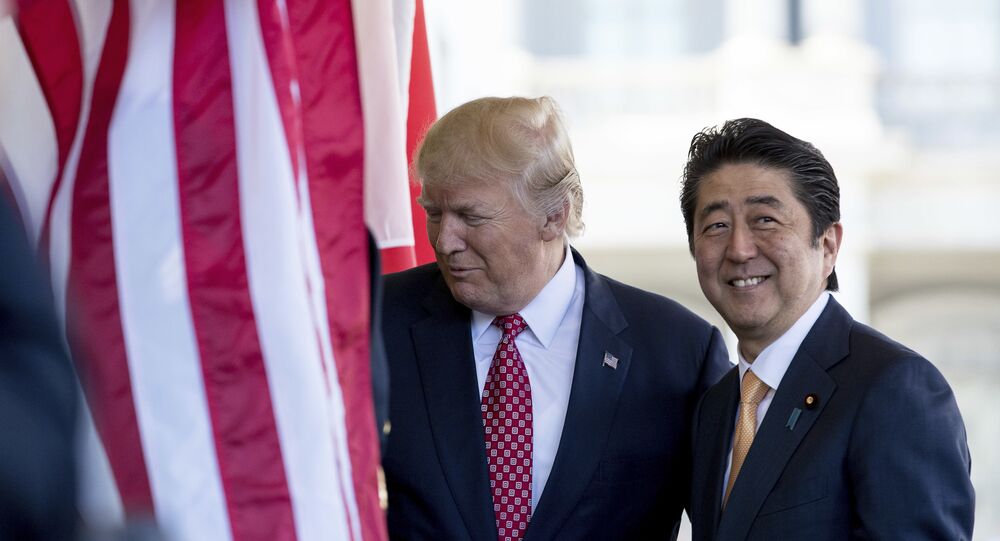 US President Donald Trump and Japanese Prime Minister Shinzo Abe agreed during a phone conversation to step up economic and diplomatic pressure on North Korea over its ballistic missile tests, according to the White House.

"President Donald J. Trump spoke today with Prime Minister Shinzo Abe of Japan to address North Korea’s launch of another intercontinental ballistic missile (ICBM). The two leaders agreed that North Korea poses a grave and growing direct threat to the United States, Japan, the Republic of Korea, and other countries near and far. President Trump and Prime Minister Abe committed to increasing economic and diplomatic pressure on North Korea, and to convincing other countries to follow suit," the statement said on late Sunday.

The White House added that Trump had reaffirmed the US "ironclad commitment" to defend Japan and South Korea from any possible attack.

On Friday, North Korea conducted the second test of an intercontinental ballistic missile in less than a month. According to the state-run Korean Central News Agency (KCNA), the test was successful with the missile having reached the altitude of 3,725 kilometers (2,314 miles) and traveled 998 kilometers for about 47 minutes before falling in the Sea of Japan.

Following the missile launch Trump condemned North Korea’s test pointing out that the United States would take all necessary steps to defend its national security. US Secretary of State Rex Tillerson urged all countries to support stronger UN sanctions against North Korea. The Japanese government regarded the test as a violation of the UN Security Council's resolutions and called on Russia and China to boost pressure on Pyongyang.

'How Many Spies Did We Catch?': How Kids Are Educated in North Korea (PHOTOS)