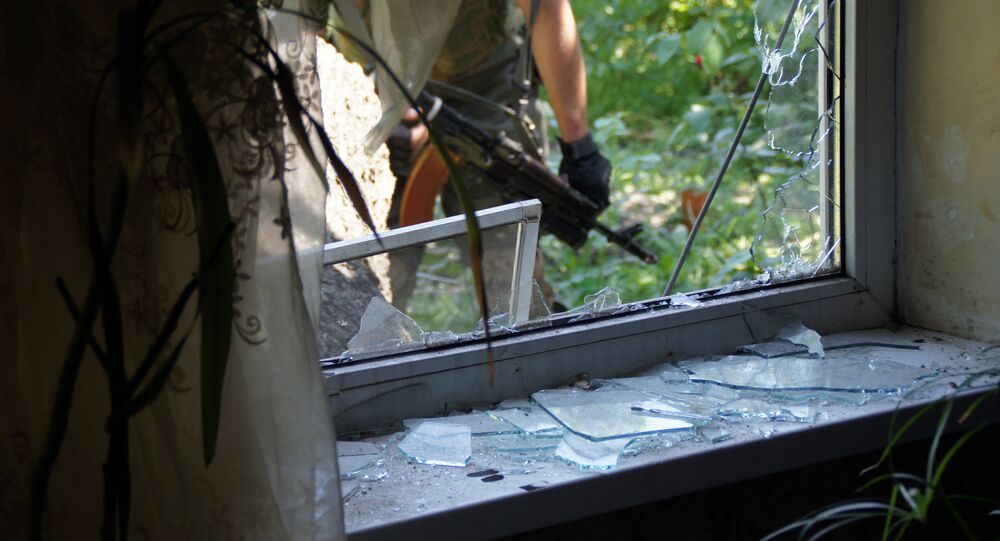 Political and military observer Alexander Khrolenko presents a passionate case for why the ongoing civil war in eastern Ukraine is really just part of a form of hybrid US aggression against Russia.

© CC0
Kiev Cuts Electricity Supplies to Self-Proclaimed Donbass Republics
"At the same time, Washington is not shy about spending money, concentrating troops on the Russian border, using the instruments of NATO and the non-bloc allies and neighbors of Russia, first and foremost Ukraine," the ultimate goal being to "weaken, destroy or transform Russia, and to push it to the margins of civilization."

© Photo : Ukrainian Defence Ministry
US special Ukraine envoy Kurt Volker and US Ambassador to Ukraine Marie Yovanovitch in Donbass, July 23, 2017
© AFP 2020 / AUDE VANLATHEM / BELGA
In Nuland's Footsteps: US Names Ex-McCain Staffer as Special Ukraine Envoy
According to the journalist, it was hardly worth expecting anything else from Volker, who is a long-time John McCain ally and opponent of Russia. Before his appointment, Volker voiced his support for providing the Ukrainian military with intelligence, anti-tank weapons, and artillery systems. In the summer of 2015, Volker slammed the Minsk ceasefire agreements, describing them not as "a solution, but a problem, because they factually give legitimacy to the Russian invasion of Ukraine."

© AFP 2020 / ANATOLII STEPANOV
A Ukrainian serviceman prepares ammunition in Avdiivka, Donetsk region on March 30, 2017
© AP Photo / Evgeniy Maloletka
US Envoy to Ukraine Claims War in Donbass is 'Russian Aggression', Not Civil War
Also last week, US lawmakers approved a new, powerful package of sanctions against Russia. These measures, according to Khrolenko, are intended to help "subordinate Russia, both economically and politically, and then dismantle its sovereignty and create a comfortable, amorphous (or fragmented) formation in its place as a raw materials appendage to Washington."

© AP Photo / Michael Sohn
Germany Slams New Anti-Russia Sanctions as 'Tool' of US Commercial Interests
As far as Ukraine was concerned, Khrolenko warned that as the US and its allies continue rearming, reshaping and reorganizing the country's military along NATO standards, while the failure of the Minsk agreements to succeed with their primary responsibility (keeping the peace) becomes more and more of a possibility with each passing day, Moscow faces losing the initiative.