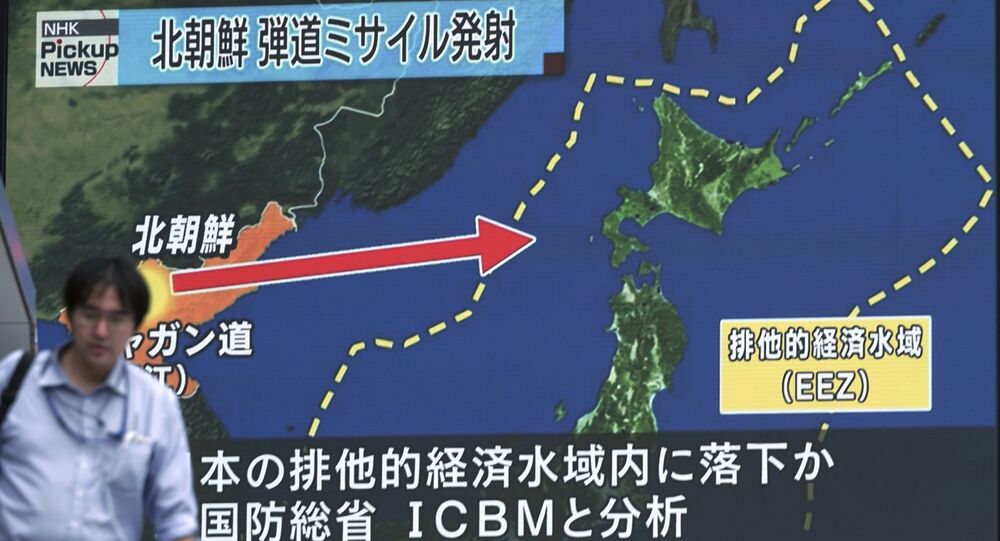 MOSCOW (Sputnik) — Earlier in the day, North Korea announced its second test of Hwasong-14, calling it a success. The ICBM's projectile reached the altitude of 3,725 kilometers (2,314 miles) and traveled 998 kilometers for about 47 minutes, according to reports. It fell into the Sea of Japan.

"On behalf of the federal government I strongly condemn North Korea’s new missile test… The international community must give a joint clear response to this, with the aim of making North Korea abandon its illegal and dangerous missile launches and nuclear tests and follow the respective resolutions of the UN Security Council," Gabriel said in a statement released by the German Foreign Ministry.

© REUTERS / KCNA
'One-Sided Sanctions Don't Work': N Korea 'On Way to Building Nuclear Missiles'
Gabriel also stressed the "particular" responsibility of the UNSC regarding the issue of North Korea’s missile tests, adding that Germany is committed to tightening the sanctions against Pyongyang.

While the US, South Korea and Japan believe that North Korea launched an ICBM, the Russian Defense Ministry challenged their data, saying that based on technical characteristics of the missile, it was medium-range.