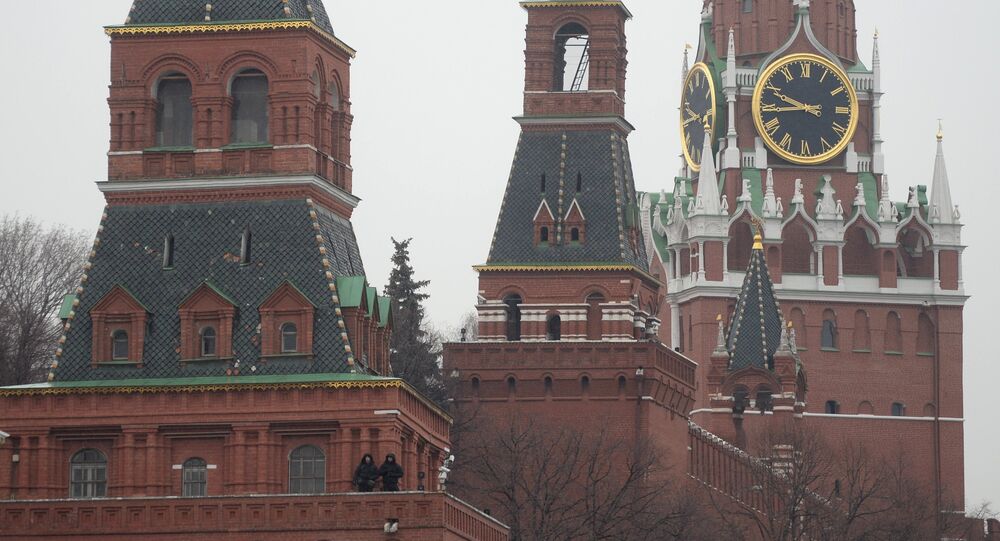 'Let's Cut Them Off From Space': How Russia Could Strike Back at US Sanctions

There are several ways Russia could respond to the new US sanctions bill. At the same time, according to experts, the response should be cautious and well calculated.

© Sputnik / Grigoriy Sisoev
Putin on Anti-Russia Sanctions Bill: Moscow Will Have to Respond to 'US Arrogance' as Patience Runs Out
The US Senate has passed a new version of a sanctions bill on Russia, Iran and North Korea.

On Tuesday, the legislation was approved by the House of Representatives. The chamber voted to attach Iran and Russia to a bill that originally targeted North Korea, which is what the Senate had requested. The bill passed by the Senate retains the stipulation that any attempt by the White House to lift or relax sanctions must go through the US Congress.

The EU described the new sanctions bill as a unilateral move and said Brussels is ready to "act appropriately" in response.

On Friday, Moscow delivered a response to the new sanctions bill passed by the US Senate. The Russian Foreign Ministry suspended the use of all US embassy warehouses and its compound in Moscow and also offered the US to cut down the number of its diplomatic staff in Russia to 455 people by September 1.

© AP Photo / J. Scott Applewhite
State Department Receives Russia's Notification of Countermeasures in Response to US Sanctions
Moreover, the ministry said that it reserves the reciprocal right to hit US interests in response to the US sanctions bill.

According to the Kremlin spokesperson, Dmitry Peskov, the responsive measures were personally authorized by President Putin.

There are several scenarios of how Russia could deliver a more substantial response if the new sanctions bill is adopted in the US, according to Nikolai Platoshkin, head of the International Relations Department at the Moscow University for the Humanities.

The expert underscored that the expulsion of American diplomats would not have any effect.

© Sputnik / Igor Mikhalev
Russia Hopes for Anti-Terror Work With US Despite New Sanctions – Lawmaker
According to Platoshkin, Russia also could withdraw its money invested in US Treasurys.

"Why not to place our money in German bonds, for example?" he said.

Furthermore, Platoshkin said that Russia could stop exporting fertilizers to the US if the new sanctions are approved.

"We would not lose anything. Chinese companies could buy twice as much," he said, adding that in fact there is a wide range of possible responsive measures.

© REUTERS / Carlos Barria
New US Sanctions on Russia, North Korea, Iran 'Message From Congress' - Ryan
"Russia may prepare a report on where members of the US business elite prefer to keep their money. If you take a look at the FBI’s list of the top 10 most wanted tax fugitives, there are no Russians but there are Americans. Russia’s tax agencies could help their American colleagues," Platoshkin said.

In turn, Dmitry Evstafyev, a political analyst and professor at the Higher School of Economics University, Russia should act very cautiously while responding to the new US sanctions.

"These sanctions are the result of the expanding sense of permissiveness and impunity in the US establishment. Of course, Russia should respond but should not shoot itself in the foot. Responsive measures should not be more damaging than the sanctions. Moscow should await the reactions from Europe and major US companies. The response could be symmetric or asymmetric. But the decision [to respond] should be made with a cool head," Evstafyev told Radio Sputnik.

Meanwhile, Russian Deputy Foreign Minister Sergei Ryabkov said Friday that Moscow is not ruling out any steps in retaliation to US sanctions.

"We are not ruling out any steps to bring overweening Russophobes to their senses, who are setting the tone on the Capitol Hill and are dictating such decisions," Ryabkov said.

The diplomat noted that Russia's set of measures in response to US sanctions is not limited to the reduced number of US diplomatic staff and the seizure of US diplomatic property in Moscow.

Russia Not Ruling Out Any Steps in Retaliation to US Sanctions