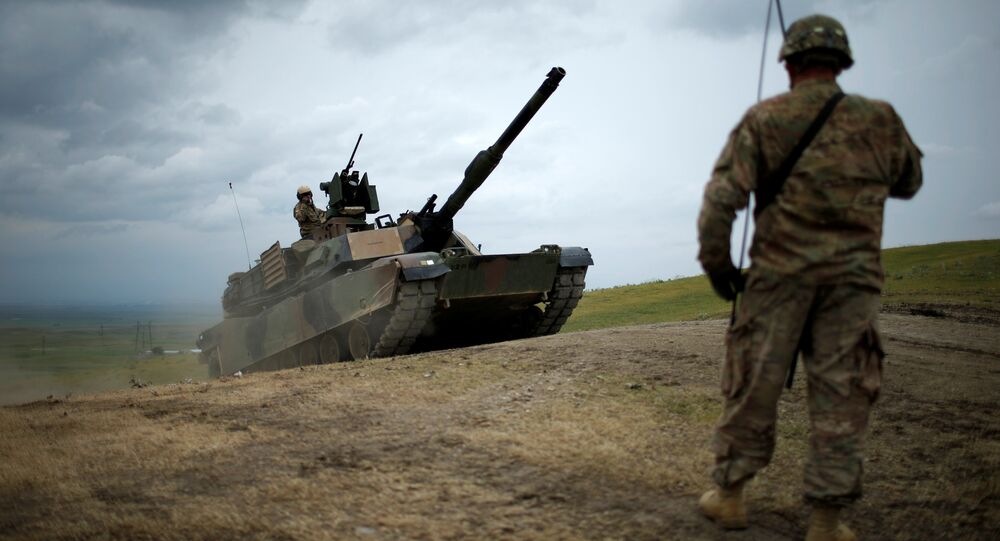 The US military activities in the Black Sea will destabilize the region and risk igniting new conflicts, a Turkish security expert told Sputnik.

© CC BY-SA 2.0 / Ministry of Defense of Ukraine
Ukrainian Navy Flagship Holds Drills With NATO Ships in Black Sea - Navy
The United States military continues its military activities in the region of the Black Sea. Last week, the US and Ukraine ended the Sea Breeze 2017 joint naval drills. Another joint exercise is expected to kick off later this week in Georgia.

The Noble Partner 2017 drills will start on July 30. The war games will involve over 2,800 personnel from five NATO countries, including the US, and three ally countries. American Abrams tanks, Bradley and Stryker infantry combat vehicles and a C-130 military aircraft of the US Air Force will be involved in the drills.

The exercise will run until August 13 at the Vaziani training ground near Tbilisi.

The Noble Partner 2017 is part of drills of the US European Command in the Black Sea region, which have been held on the territory of seven countries.

© AFP 2021 / DANIEL MIHAILESCU
Georgia Proposes Clever Way to Cheat Montreux Convention, Host NATO in Black Sea
The activities of the US military destabilize the situation in the Black Sea region and contradict the spirit of the Montreux Convention, according to Abdullah Ağar, a security expert and former Turkish Special Forces officer.

He pointed out that by building up military activities in the Black Sea Washington wants to compensate its geopolitical losses in the Middle East.

"The Americans miscalculated in the Middle East. By increasing the number of drills in the Black Sea, Washington wants to move its game to another area of global standoff and regain its geopolitical losses. Ukraine and Georgia are important geopolitical battlegrounds, but the struggle for global leadership is underway in Syria and Iraq," Ağar told Sputnik Turkey.

According to the expert, the US is focused on winning regional dominance in the Black Sea region while losing the struggle for global geopolitical leadership in Syria and Iraq.

© AP Photo / US Navy
'Persian Gulf is No Place for US Navy' - Military Expert
Moreover, Ağar underscored that the drills in the Black Sea are destabilizing and will have a negative effect on the situation in the region.

"Apparently, American military activities in different parts of the world are not aimed at maintaining stability. They usually have only one purpose, to demonstrate their military force. Such activities will be negative for the Black Sea region," the expert said.

He added that there is the risk of new conflicts in the Black Sea, especially in the Balkans.

"The US is trying to start a so-called fourth generation war in the region. Possibly, Ukraine and Georgia are just the beginning," Ağar suggested.