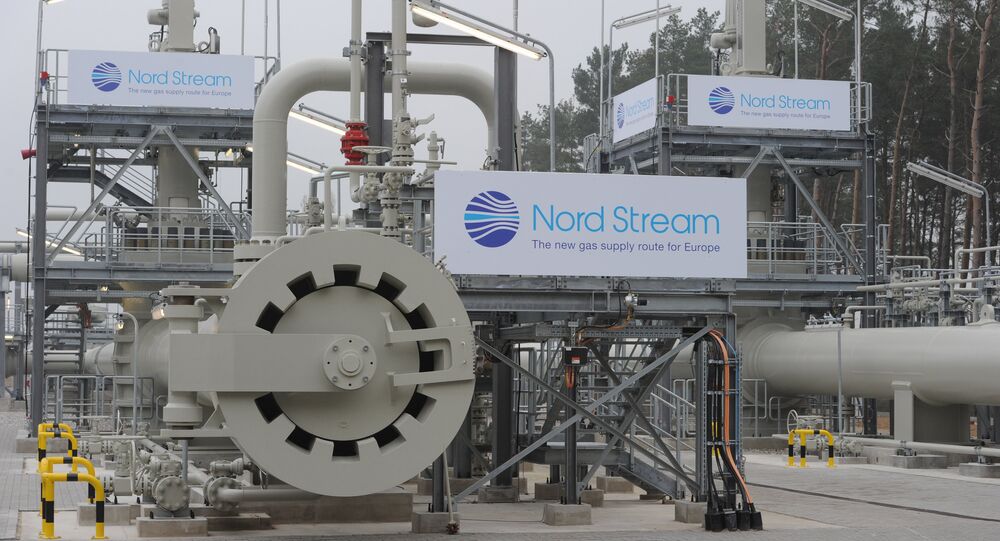 US sanctions bill against Russia may bring about significant tensions between the United States and the European Union, Russian senator Alexey Pushkov said Wednesday.

© CC BY 2.0 / Kmccoy / United States Capitol
Anti-Russia Sanctions Bill: EU 'Reaping Fruits of Following Washington's Lead'
MOSCOW (Sputnik) — The US House of Representatives approved by a 419-3 vote on Tuesday a new version of a bill that would impose sweeping sanctions on Russia, Iran and North Korea, and limit President Donald Trump’s ability to lift the restrictions on Moscow. The measures target Russia's defense, intelligence, mining, shipping and railway industries, and restrict dealings with Russian banks and energy companies. The proposed bill also considers Russia's Nord Stream 2 gas pipeline project as a threat to Ukraine's and the European Union's energy security.

"They [the United States] are trying to kill the Nord Stream 2 project, which is very beneficial to Europeans and needed by Germany, as it will turn the country into the largest gas hub in Europe. It is doubtful that [German Chancellor Angela] Merkel and businesses would give the project up," the senator said while broadcast by the Rossiya 24 TV channel.

Europe suspects that by hampering Nord Stream 2 via the sanctions, Washington intends to push the European Union into purchasing shale gas from the United States, which is much more expensive than Russian gas, Pushkov added.

"I believe the egoism [the United States] is demonstrating once again has provoked strong objections in Europe… That is why I can predict serious tensions between European and US sides, involving large European energy companies", the Russian lawmaker said.

The new set of sanctions against Russia, if eventually adopted, may impose penalties on European companies involved in the construction of Nord Stream 2.

© AFP 2021 / SAUL LOEB
Four Possible EU Answers to New US Sanctions Against Russia
Earlier in the day, France and Germany spoke out against the bill as one that adversely affects European industries while advancing US commercial interests.

German Foreign Minister Sigmar Gabriel and Austrian Chancellor Christian Kern condemned the draft of new US sanctions, which, as they said on June 15, was about "selling American liquefied natural gas and ending the supply of Russian natural gas to the European market."