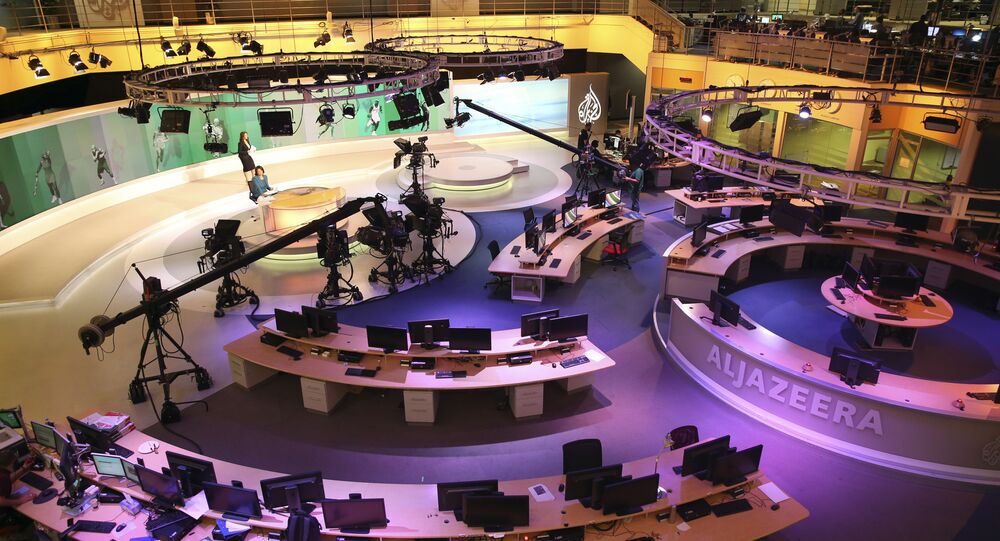 Saudi Arabia's Ambassador in Moscow Abdulrahman bin Ibrahim Al Rassi reiterated on Wednesday the demand of several Arab states involved in diplomatic row with Qatar to shut down the Al Jazeera broadcaster, which they deem to be inciting extremism, in the interview with Sputnik.

© East News / Polaris Images
UAE Minister Tells UN Qatar's Al Jazeera Should to Be Closed for Promoting Extremism
MOSCOW (Sputnik) — On July 19, media reported that Saudi Arabia, Bahrain, Egypt, and the United Arab Emirates (UAE), the four nations involved in the ongoing diplomatic crisis, cut down their list of demands to six from their initial 13. The revised list excluded, among other provisions, the shutdown of Al Jazeera broadcaster.

"I stress that the four countries are not at war with Qatar, they are at war with extremism. It is demanded from Qatar, as from any other world’s state under the international law, to stop supporting and financing terrorism, harboring them [terrorists], close down the Al Jazeera TV channel, which incites terrorism, invites terrorists and promotes them despite them being included on lists of terrorists," the ambassador said.

In June, Saudi Arabia, the UAE, Bahrain and Egypt broke off diplomatic relations with Qatar, accusing it of supporting terrorism and interfering in their internal affairs. Doha has rejected the allegations as baseless.