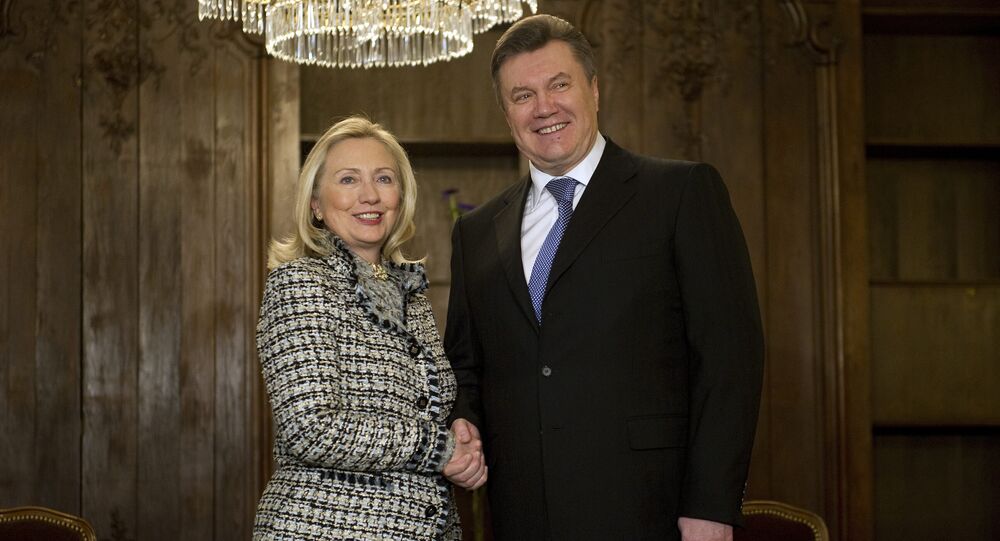 Ahead of Wednesday’s hearing on Ukrainian meddling in the 2016 US presidential election, Senate Judiciary Committee Chairman Chuck Grassley called on the US Justice Department Monday to investigate a Ukrainian political operative over "apparent evidence of collusion" with Hillary Clinton’s 2016 presidential campaign.

Ukrainian-American DNC consultant Alexandra Chalupa has emerged as a key figure behind accusations of collusion between campaign officials working for then-Republican candidate Donald Trump and the Russian government. She "reportedly met with Ukrainian officials during the presidential election for the express purpose of exposing alleged ties between then-candidate Donald Trump, Paul Manafort and Russia," Grassley wrote in a July 24 letter to Deputy Attorney General Rod Rosenstein.

Chalupa told Ukrainian Embassy officials that "if we can get enough information on Paul [Manafort] or [Donald] Trump’s involvement with Russia," Congress would hold a hearing "by September."

She also met with House Democrat Marcy Kaptur’s staffers at one point to discuss a Congressional investigation. Kaptur, the longest-serving woman in the House of Representatives, would have significant credibility to demand a probe. The story imagined, designed, and fabricated by Chalupa linking the Kremlin and former Trump campaign manager Paul Manafort "would not only benefit the Hillary Clinton campaign, but it would benefit the Ukrainian government," Grassley said in his letter.

The information warfare operation seems to have been hatched in March 2016, when Ukrainian Ambassador to Washington Valeriy Chaly and one of Chaly’s top aides met with Chalupa and the operative "shared her alleged concerns about Manafort," Grassley wrote. While the diplomat claimed the meeting was for official business — to suss out plans for a June reception in Georgetown — embassy official Andrii Telizhenko confided to Politico there was more to it than that.

The real purpose of the March meeting was to "coordinat[e] an investigation with the Hillary team on Paul Manafort with Alexdra Chalupa,” Telizhenko told Politico, adding, "the embassy worked very closely with Chalupa." The Ukrainian official was ordered by his superiors to aid Chalupa "with research to connect Trump, Manafort, and the Russians," the Grassley letter continued.

Trump’s meteoric political rise appears to have stunned Kiev. Grassley referenced the words of Ukrainian lawmaker Serhiy Leschenko, who claimed now-President Trump’s run compelled “Kiev’s wider political leadership to do something they would never have attempted before: intervene, however indirectly, in a US election.”

“Chalupa’s actions implicate the Foreign Agents Registration Act,” Grassley noted. “Given the public reporting of these activities in support of a foreign government, it is imperative” that the US Justice Department provide answers to questions of why Chalupa wasn’t required to register under FARA.

"Are you investigating links and coordination between the Ukrainian government and officials associated with the campaign of Hillary Clinton or the Democratic National Committee? If not, why not?"

​"Trump probably remembered all those commentaries made during the election by the Ukrainian president and other politicians who sided with Trump’s opponents,” political analyst Alexander Dudchak told Radio Sputnik. "It appears that Trump has a good memory; he forgets nothing, and he already demonstrated his attitude toward Ukraine," the analyst noted.

"I don’t think that the Ukrainian leadership directly interfered with the voting process, but Ukraine’s stance actually could’ve influenced the election," Dudchak concluded.