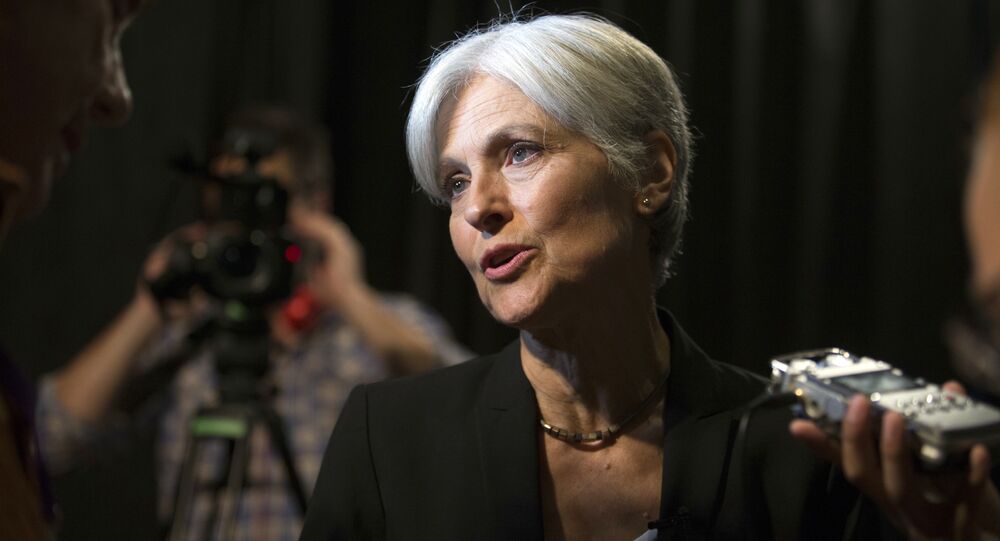 Green Party candidate Jill Stein has been added to the ever-widening search criteria for those who may or may not have been involved in something that may or may not have ever happened: direct Russian interference in the 2016 US presidential election.

Stein, who was the Green Party candidate for US president in 2016, has been vigorously defended by a party spokesperson, who stated that adding her name to the growing list is "vengeance against Dr. Stein for running as a third-party candidate for the White House," The Hill reports.

Seeking information that relates directly to the recently disclosed meeting between the young(ish) Trump and a Russian lawyer, the Senate panel hopes to reveal a smoking gun finally showing Russia to be complicit in Trump's election to the White House.

Although former Trump campaign chairman Paul Manafort and the president's son-in-law Jared Kushner attended the same meeting, the Senate committee appears to be expanding its scope in requesting "all communication to, from or copied to you relating to" any communiques pertaining to the meeting.

Stein has now been caught up in the net.

Stein responded to the information demands by calling them "laughable," and added that "The whole thing is an obvious smear."

"Smears against the Green Party for participating in elections are nothing new, but raising the smears to the level of McCarthyism is a recent wrinkle," said Scott McLarty, media director for the Green Party, in an interview with The Hill.

The Senate Judiciary Committee and its head, Senator Chuck Grassley (R-IA), have not responded to requests for clarification as to why Stein's name has been included.

The Senate Judiciary Committee wrote on July 19 to Stein, "We expect that you have already taken care to preserve relevant documents in light of investigations into Russian interference being conducted by Congress and federal law enforcement and counterintelligence agencies."

Mueller Reportedly Asks WH to Save All Docs on Trump Jr. Meeting With Russians