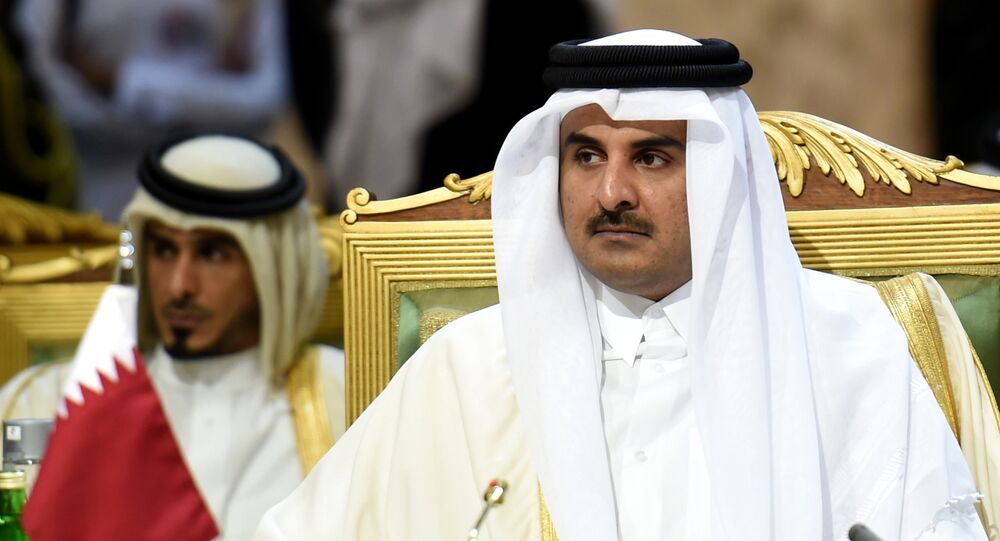 The Emir of Qatar Tamim bin Hamad Al Thani on Friday thanked Russia, Europe, the United States and Kuwait for their efforts to end the Gulf crisis, in a speech aired by a state-run broadcaster.

© REUTERS / Naseem Zeitoon/File Photo
Bahraini Envoy to Russia Denies Reports of Reduced List of Demands to Qatar
CAIRO (Sputnik) — Doha appreciates the shuttle diplomacy conducted by Kuwait and the United States in its row with four Arab states and "the constructive position of Germany, France, the UK, Europe as a whole – and Russia," Al Jazeera quoted the emir as saying.

Al Thani also thanked Turkey for "putting into force quickly a cooperation agreement signed between us and meeting our basic needs" after Saudi Arabia, the United Arab Emirates, Bahrain and Egypt embargoed all sea, air and land routes to the small Gulf emirate, triggering food shortages.

The four Arab states last month accused Qatar of destabilizing the Middle East by funding extremist organizations in the region, an allegation Doha denied. It also ignored the allies’ ultimatum to shut down Al Jazeera, scale down ties with Iran and close a Turkish military base.