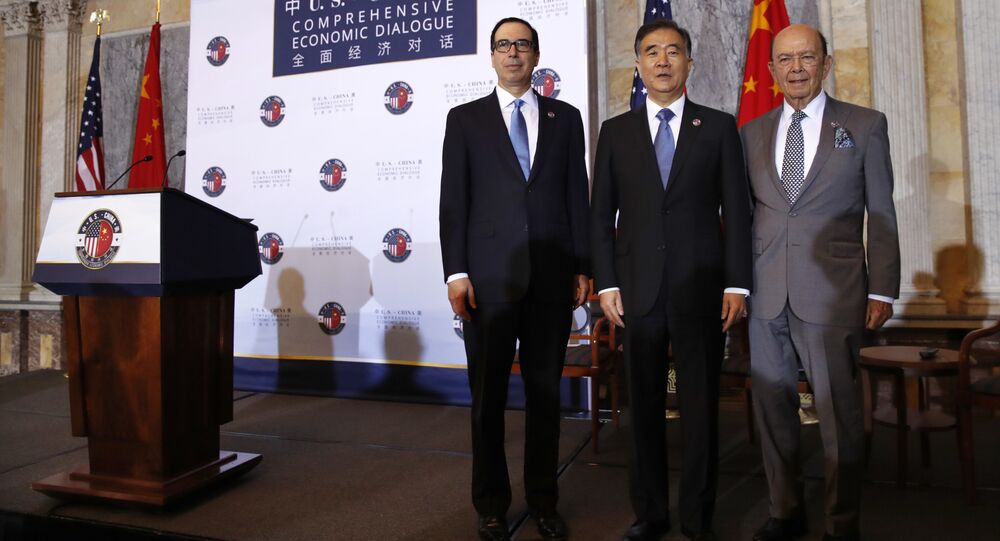 US President Donald Trump's administration may have made demands that the Chinese side found difficult to meet, leading to the lack of progress in bilateral economic cooperation after the US-China Comprehensive Economic Dialogue that concluded in Washington DC on Wednesday, experts told Sputnik.

© AFP 2020 / DIPTENDU DUTTA
US Concerned Over India-China Standoff
"If China truly opens its internet and financial markets, American companies are highly competitive. But no country would agree to completely open its domestic market in those key sectors as it could become a national security threat," Jin said.

© AP Photo / Chiang Ying-ying
China Slams US Defense Bill’s Focus on Military Cooperation With Taiwan
When an iPhone 7 is shipped across the Pacific, its manufacturing cost $224.8 was counted as Chinese exports to the United States. But Chinese companies, including Foxconn which assembles the smartphone in its factories in central and southern China, make about only $15 in profits. In comparison, Apple sells the base model iPhone 7 at a retail price of $649, earning about $424.2 profit for each unit.