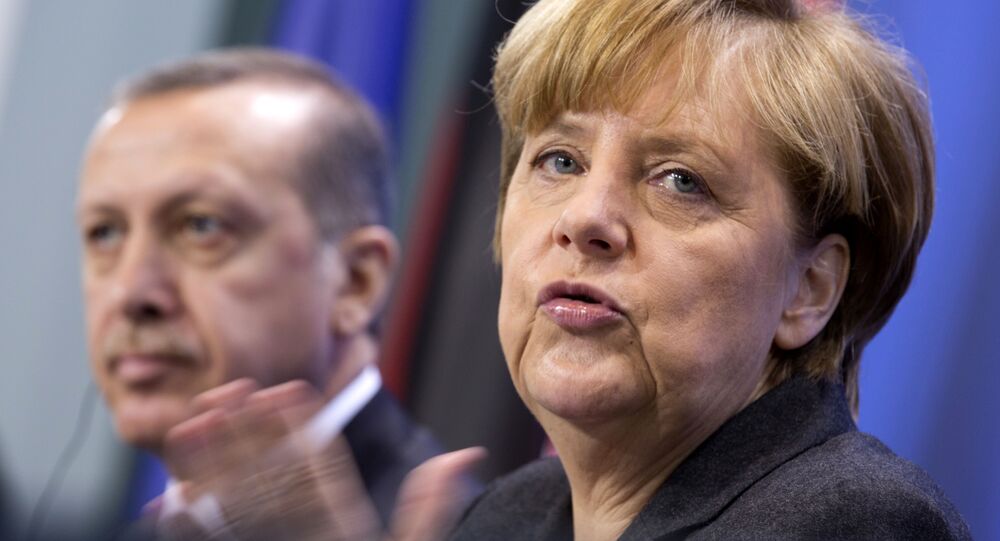 Germany will reconsider its economic policy towards Ankara as well as credit and investment programs over the arrests of human rights activists in Turkey, German Foreign Minister Sigmar Gabriel said Thursday.

Earlier this week, the German government said it stood in solidarity with Steudtner, with German Chancellor Angela Merkel slamming Ankara and stressing that the detention of activists was unjustified. The German Foreign Ministry also summoned Turkish ambassador over the incident. Berlin demanded immediate release of Steudtner and consular access to the detainee, saying that linking a human rights activist to terrorism supporters was "absurd."

"We must now consider how he will change our policies towards Turkey due to an escalation there. I see the following points – first of all, nobody can be recommended to invest into a country where there is no legal security … I do not consider it possible that we, as a federal government, could continue guaranteeing further German investment into the Turkish economy … We need to discuss how we will develop our framework econopmic relations, what we’ll do with credits, investments, economic aid," Gabriel said.

Yucel, who was working for Die Welt newspaper, was arrested in Istanbul in February over allegedly spreading propaganda of the Kurdistan Workers’ Party (PKK), listed as a terrorist organization in Turkey. German officials repeatedly called for liberation of the journalist.

According to Gabriel, the German government would discuss the proposed measures as well as the other ones, and amend them if needed. The minister stressed that Berlin called again on Ankara to return to the dialogue based on the European values.

"We demand the release of Peter Steudtner, Deniz Yucel… unobstructed consular access and fair legal proceedings for them and other German citizens, who are accused of the political crimes."

"We see no other choice but to adjust our recommendations on trips and security conditions in Turkey so that the Germans know what can happen to them if they go to Turkey," Gabriel told reporters.

German Chancellor Angela Merkel said that the measures proposed by Gabriel are necessary.

"The measures presented by the German foreign minister with respect to Turkey are necessary and obligatory amid the current sitation," Merkel said, as quoted by German government spokesman Steffen Seibert.

Turkish authorities have detained thousands of journalists, diplomats, judges, members of the military and human rights activists after the failed coup attempt of July 15, 2016 over their alleged support for exiled Islamic preacher Fethullah Gulen, accused by Ankara of being behind the coup.