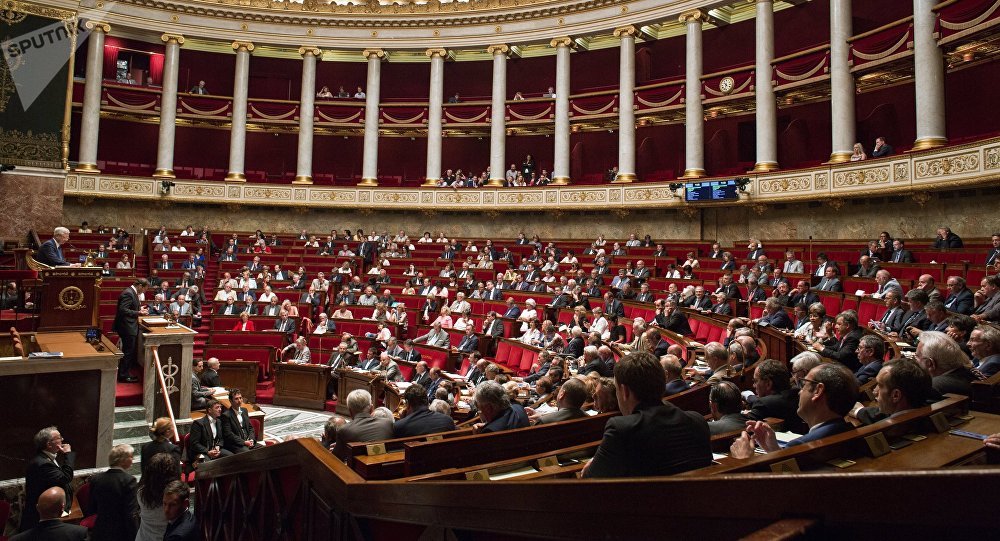 PARIS (Sputnik) — On Tuesday, a controversial bill toughening France's security laws was approved by the Senate, and now is to be considered by the lower house of parliament, National Assembly.

"We are strongly against this law for many reasons. Firstly, due to the fact that this initiative will transform some of the practices of the state of emergency, which we criticized before, into the general law… We have the impression that this project violates the fundamentals of our system of the civil freedom protection, and violates democracy. This law is about the measures that are extremely intrusive in terms of the personal liberties, and at the same time based on the extremely vague criteria and with the limited means to prove anything," Taron said.

She pointed out that the consultations on the bill had been held in mid-summer to prevent mobilization of citizens against the document.

“They had some last-minute consultations, which were held in the middle of summer, so obviously the mobilization of the associations and citizens is more difficult to achieve in this context, and that was clearly a political choice,” Taron said.

© REUTERS / Charles Platiau
French Police, Army Rocked by Scores of Jihadist Infiltrators
The trade union president noted that the current arsenal of the penal law in terms of fighting terrorism was highly sufficient.

The bill is set to replace a state of emergency introduced in France after the November 2015 terror attacks in Paris.

According to media reports, most of the measures used during state of emergency are present in the preliminary bill. The law empowers state officials to order searches of people, assign people to a "specified geographical perimeter," as well as to operate phones and computers.