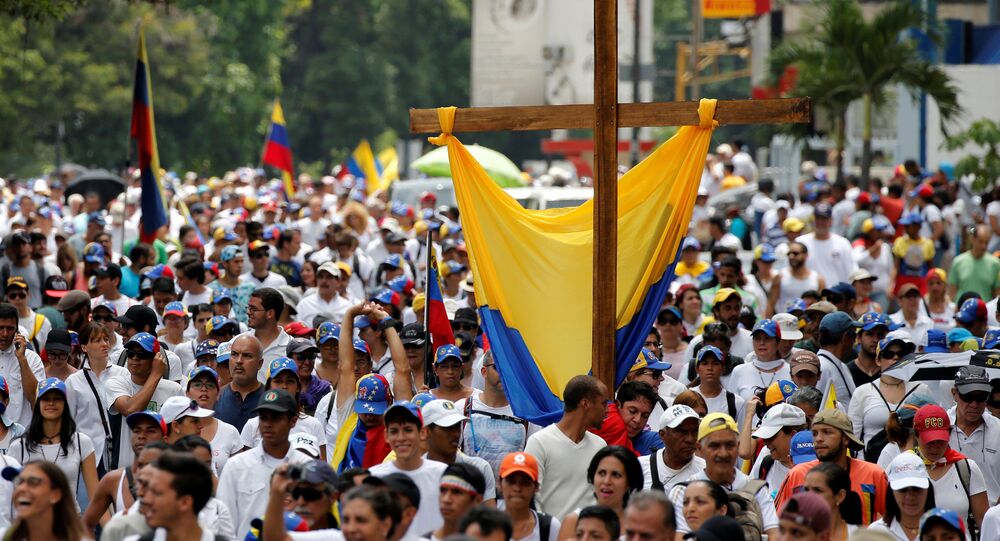 Bolivian President Evo Morales said on Tuesday he believed the United States was preparing a plot against the Venezuelan authorities in order to seize the country’s oil.

MEXICO CITY (Sputnik) – Earlier in the day, US President Donald Trump said that the United States would take strong and swift economic actions if Venezuela called the Constituent Assembly.

"The economic conspiracy of Trump is aimed at the interference and supremacy over the Venezuelan people. Its goal is to seize its oil," Morales wrote on his Twitter page.

The Bolivian president added that some former presidents of Latin American countries "shamefully" supported the introduction of sanctions against Caracas.

© AP Photo / Ford Williams/U.S. Navy
US Actions in Syria Damaging to Chemical Attack Investigation - Bolivia UN Envoy
Venezuela has been experiencing a period of political instability amid the drastic economic situation in the country. The most recent protests erupted in April after the country's Supreme Court tried to take over legislative powers from the opposition-controlled National Assembly. The top court reversed the ruling but the step did not stop mass demonstrations.

In May, Maduro announced his decision to call the National Constituent Assembly, which was regarded by the opposition as an attempted coup and resulted in further escalation of tensions that led to the deaths of over 90 people.