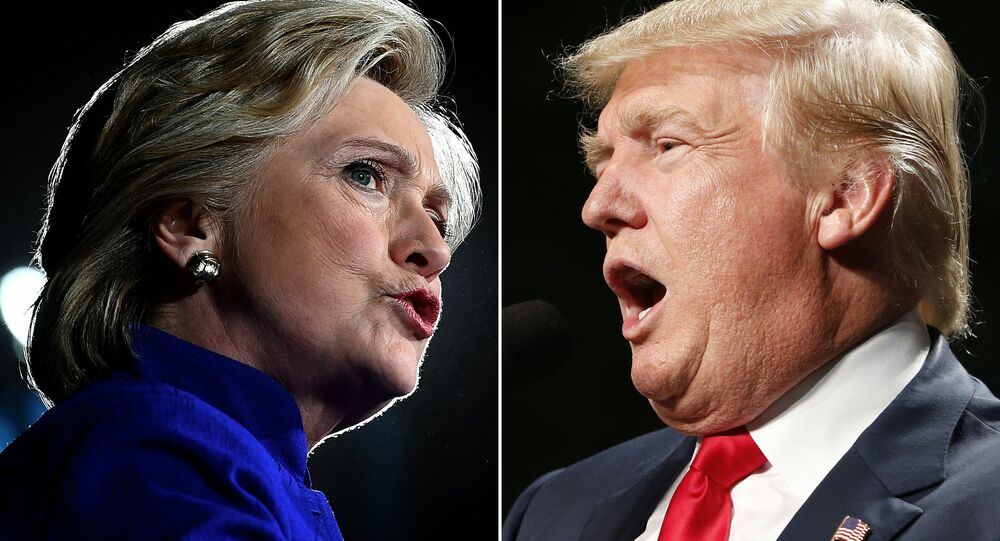 If – horror of horrors! – the 2016 presidential election were to happen all over again today, there’s a good chance Republican candidate Donald Trump would win once more.

"Finally, a poll Trump will like," Bloomberg quipped following the publication of a new poll showing Trump is more popular than erstwhile rival Democrat Hillary Clinton. That says a lot for a president whose poll numbers are historically among the lowest of the low: Trump’s approval rating has been hovering around 36-40 percent over the past few weeks.

Clinton was viewed favorably by 39 percent of survey participants while Trump scored a mark of 41 percent.

President Trump has failed to enact promised sweeping changes on health care or tax reform, and the budget still hasn’t been passed. And Congress still needs to raise the debt ceiling and run all finances through the appropriations committee for fiscal year 2018 before tax reform can follow, Harald Malmgren said via Twitter on Tuesday. Malmgren is a former US ambassador, economist, and served as a senior adviser to four US presidents.

​In spite of all of this, Clinton is still less popular than Trump. The former first lady and secretary of state is even losing esteem among those who voted for her in November 2016, a sign that doesn’t bode well for a Democratic Party struggling to regain momentum: While 8 percent of likely Clinton voters held an unfavorable view of her before the election, 20 percent of people who voted for Clinton now view her unfavorably.

‘He Doesn’t Seem as Vigorous’: Is Donald Trump Physically Ill?