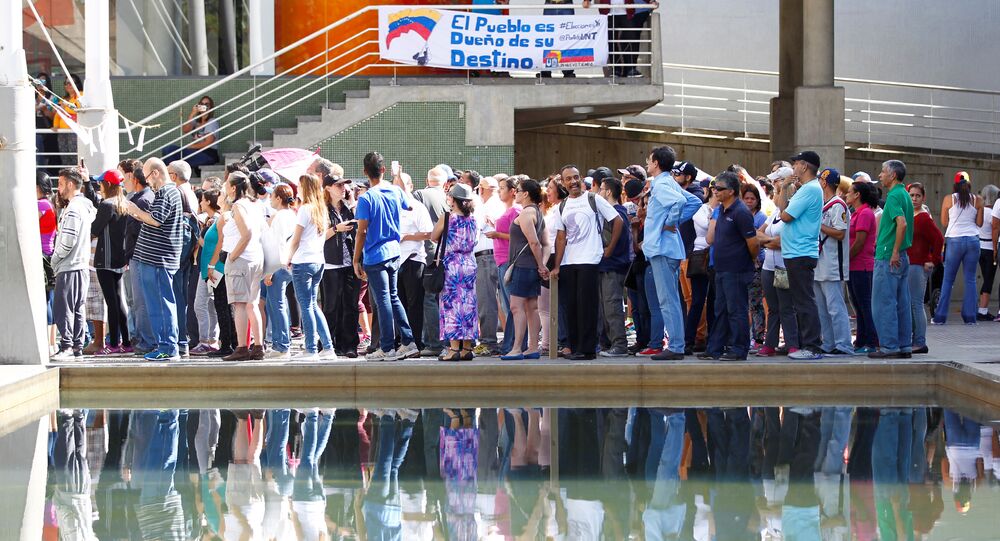 The United States does not rule out barring imports of Venezuelan oil when taking action to address the situation in the country, a senior administration official told reporters on Tuesday.

WASHINGTON (Sputnik) — The official noted that Washington can take actions against the Venezuelan government of President Nicolas Maduro before the country’s planned national election on July 30.

"All options are on the table," the official stated when asked whether potential sanctions against Venezuela can include oil imports.

The US authorities would not disclose details of plans under consideration, the official noted, but underscored that options are "robust."

The United States called the effort to create a new Constituent Assembly a step toward a "full dictatorship."

Venezuela will take vote on July 30 to elect the Constitutional Assembly, set to rewrite the constitution as a way out of the political turmoil, which started in January 2016, when a new legislature was elected and relations between Maduro and the parliament became strained.

An unofficial referendum organized by the opposition on Sunday rejected Maduro's plan to convene the Constituent Assembly. An absolute majority of 98 percent of voters refused to accept the president's plan.

Venezuela Vows to Reconsider Relations With US Amid Threat of Sanctions

Venezuela at a "Tipping Point? Corporate Media Is Not Telling the Truth