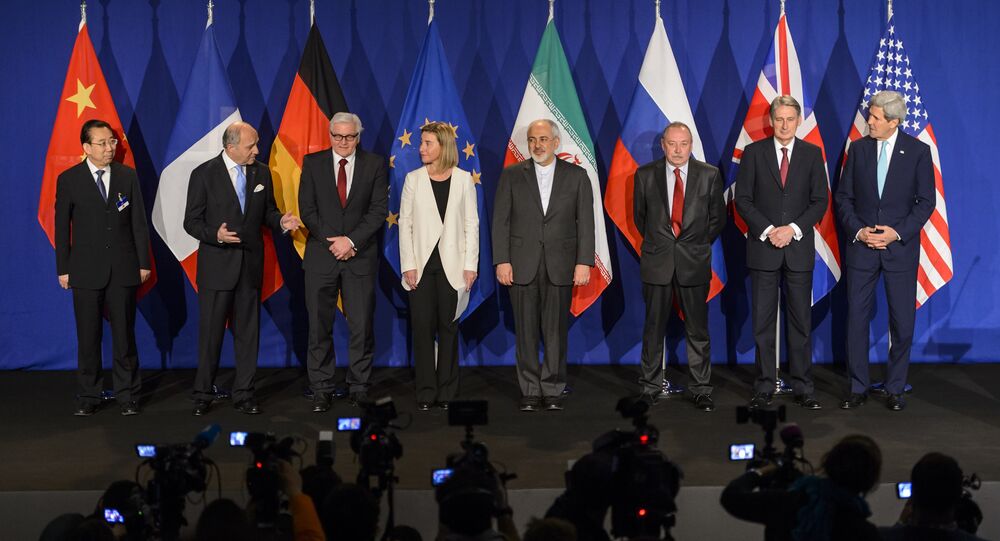 Iran in Compliance With Nuclear Deal But 'Violating Spirit of Accord'

The United States believes Iran is complying with the terms of the Joint Comprehensive Plan of Action (JCPOA) but is violating the spirit of the nuclear accord, US State Department spokesperson Heather Nauert said in a briefing on Tuesday.

WASHINGTON (Sputnik) — Nauert said part of the goal of the JCPOA is to contribute to regional and international peace and security.

"We have sent off the notes to Congress certifying that Iran is complying with the JCPOA. However, the United States firmly believes that it is in violation of the spirit of the agreement," Nauert told reporters.

"We believe that some of the actions that the Iranian government has been involved with undermines that stated goal of regional and international peace and security," she added.

© AFP 2021 / BEHROUZ MEHRI
Internal Struggle? US Sanctions Iran Over Ballistic Missile Program Hours After Certifying Nuke Deal
The JCPOA was concluded in July 2015 between Iran, the European Union and the P5+1 group of nations, which includes the United States, Russia, France, Germany, the United Kingdom and China.

Under the terms of the agreement, nuclear-related sanctions on Iran were lifted in exchange for assurances Tehran’s nuclear program would remain peaceful.