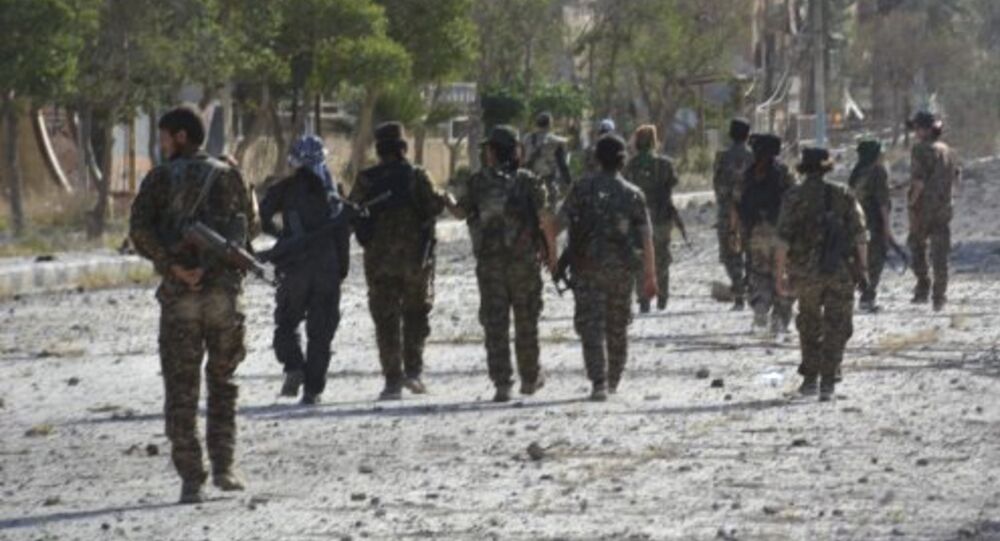 The draft of Syria’s new constitution developed by the Russian experts had a number of positive points relating to the decentralization of power in the country, the Kurdish Democratic Union Party (PYD) representative to France, Halid Isa, told Sputnik on Tuesday.

© REUTERS / Pierre Albouy
De Mistura Reiterates Syrian Kurds Need to Participate in Constitution Drafting
MOSCOW (Sputnik) — The seventh round of intra-Syrian talks in Geneva, which took place on July 10-14, put three participating groups of Syrian opposition closer to the creation of a single, unified delegation as never before. The three participating groups of the Syrian opposition — Riyadh-backed High Negotiation Committee, the Moscow platform and the Cairo platform — agreed on 12 basic principles for a future Syrian constitution, proposed by UN mediator Staffan de Mistura, at the expert level. The groups had even reached general understanding among one another at the political level.

"A state with central authority is not justified from the point of view of demography and living conditions in Syria. The broad concentration of power should not exist – we offer a democratic federation for the whole of Syria. The draft of the constitution proposed by Russian experts had a number of positive points, and there was no mention of one nation. A single religion was also not mentioned there. It was about a kind of decentralization, the legislature would be represented by two chambers – parliament and the council of representatives of the regions, and [the draft] was also about the cultural autonomy of the Kurds," Isa said.

© Sputnik / Irina Kalashnikova
Russia Welcomes HNC Opposition's Presence at Syria Constitutional Reforms Talks - Lavrov
According to Isa, a constitution based only on a single religion is inefficient. At the same time, he added that the federation should be organized on a national and geographical basis, "taking into account the specific needs of each region."

The PYD representative said they regretted the fact that the negotiations on the constitution excluded representation from the Kurdish self-administration. He added that his party had its own draft constitution for Syria, which Isa considered "progressive and the best."

On July 11, in an exclusive interview with Sputnik, UN Special Envoy for Syria Staffan de Mistura stressed the vital need for Syrian Kurds to participate in the process of drafting the nation's constitution.