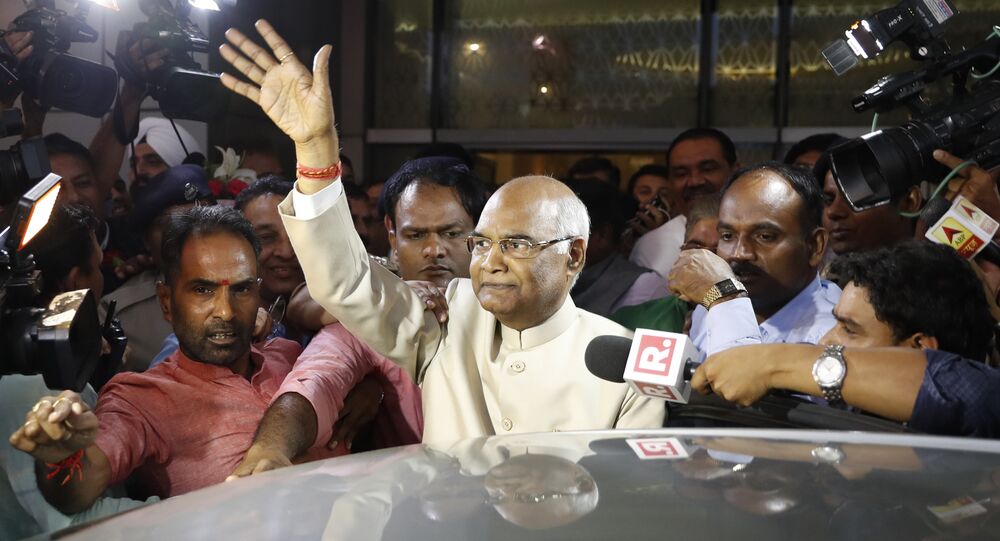 India, where the social caste system has kept a high percentage of the population of the country in abject poverty for thousands of years, is projected to elect a member of the lowest social rung to the presidency for the second time in history.

Ram Nath Kovind, nominated by Narendra Modi's Bharatiya Janata Party (BJP) — one of the two primary political parties in the nation — was born into a family designated as members of the dalit, or untouchable, class that make up about one quarter of the population of the country, estimated to be around 300 million people, according to a 2011 census.

In what is considered by many to be a long-term play to bring dalit voters under the wing of the BJP Hindu nationalists, Kovind — formerly the governor of the east-Indian state of Bihar — was proclaimed the presidential nominee of Modi's government in June, according to a report by the Guardian.

In a secret vote on Monday, some 5000 members of parliament used purpose-built pens with purple ink and unique serial numbers to choose the next president, a mostly ceremonial position in the country's legislative hierarchy.

The vote result will not be known until Thursday although Kovind is expected to top opposition candidate Meira Kumar of the Congress party, the Guardian reported.

Both presidential front-runners are dalits, indicating the importance of the voting bloc to the majority political parties in India.

A person born a dalit, considered to be outside of the four official social castes that make up Hindu culture in India, is branded from birth as "impure" and is by definition shoved to the periphery of the country's culture.

As a subculture, Dalits have borne the brunt of thousands of years of discrimination and poverty, and almost a century of reform and social progress has done little to alleviate their plight or change the prevailing attitudes of other social groups.

Delhi University professor Badri Raina has noted that gaining the support of dalit voters is now integral to the policy of creating a BJP Hindu unity in the country, according to the Guardian.

The BJP, claiming that Hindu culture is the primary ethnic and racial heritage of India, have traditionally stoked dalit distrust, as party members are seen to be the same persons who have long oppressed them.

Kovind stands to be the second dalit president in India, following KR Narayan who held the position between 1997-2002.