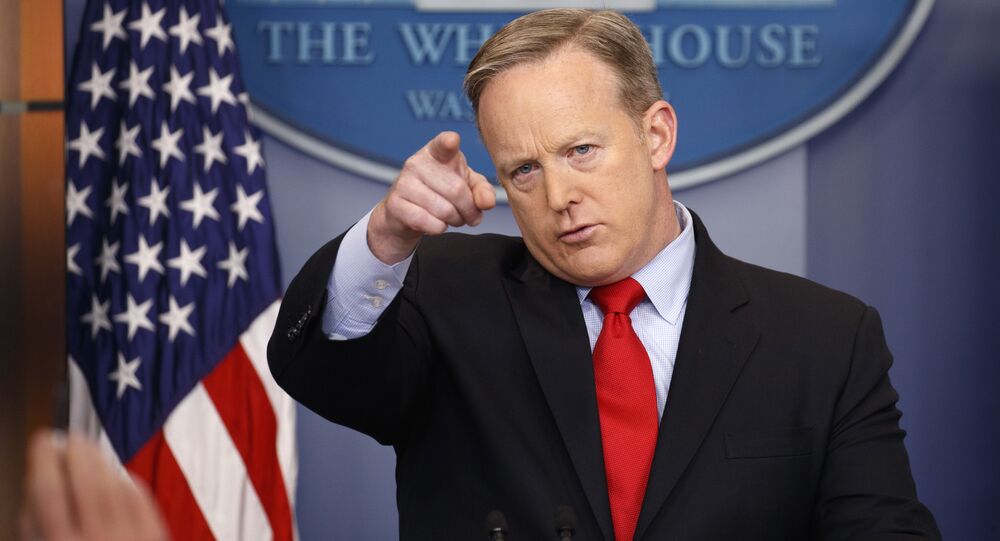 The United States will continue to hold discussions with Israel about keeping Iran from gaining foothold in Syria after the ceasefire has been established in the country’s southwest, White House spokesman Sean Spicer said in a press briefing on Monday.

WASHINGTON (Sputnik) — Prime Minister Benjamin Netanyahu on Sunday voiced his opposition to the US-Russia ceasefire deal because it would cement Iran's position in Syria.

"There is a shared interest that we have with Israel making sure that Iran does not gain any foothold military, base-wise in southern Syria. We are going to continue those talks [with Netanyahu]," Spicer stated.

© REUTERS / Xu Jinquan/Pool
UN Hopes Talks on Syria Continue in Positive Manner Despite No Breakthroughs
Spicer emphasized the White House is open to addressing Netanyahu's concerns while making sure the ceasefire holds.

US President Donald Trump and Russian President Vladimir Putin agreed to establish the ceasefire during a G20 meeting in Germany's Hamburg. The deal went into effect at noon Damascus time (09:00 GMT) on July 9.

The Israeli-Syrian relations are strained, particularly over the disputed region of Golan Heights, which has been at the center of conflict between the two Middle Eastern states since the late 1940s. Hostilities also regularly escalate as Israeli planes hit targets in Syria in response to cross-border fire incidents.