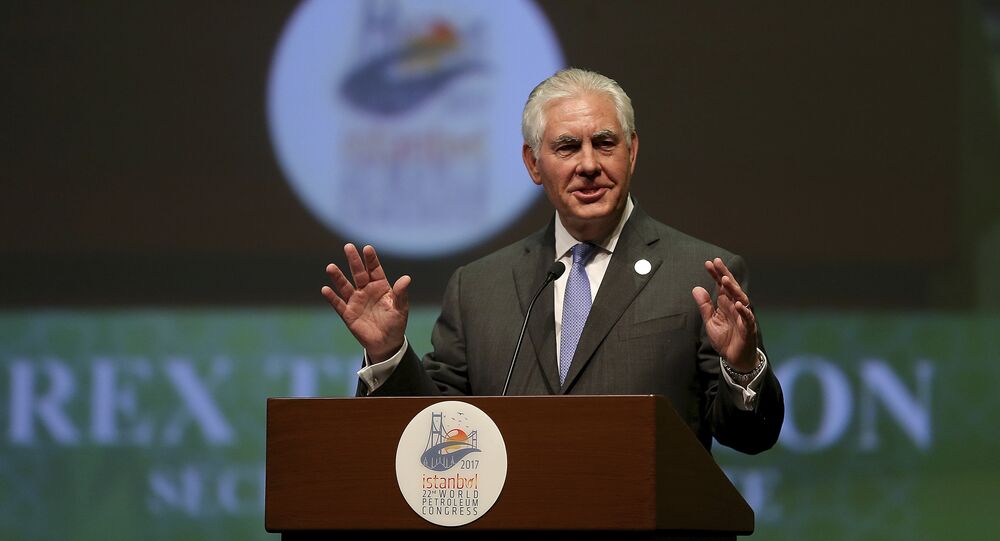 US Secretary of State Rex Tillerson will make a statement regarding the Iran nuclear agreement very soon, White House spokesman Sean Spicer said in a briefing on Monday.

WASHINGTON (Sputnik) — A group of US Republican senators in a letter on July 12 called on Tillerson to reject certifying that Iran is fulfilling its obligations under the Joint Comprehensive Plan of Action (JCPOA) regarding its nuclear program.

"The secretary of state will make an announcement very shortly on that [Iran] deal," Spicer said. "I would refer to State Department."

The Iran Nuclear Agreement Review Act of 2015 (INARA) requires the US president to confirm to Congress every 90 days that Tehran is adhering to the terms of the deal. If the administration determines that Iran breached the accord, the United States can re-impose sanctions.

© Wikipedia / DorisAntony
Germany Interested in Iran Nuclear Deal's Full Implementation – Foreign Ministry
Tillerson certified Iran's compliance in April. However, the senator contended that the full suspension of punitive measures against Iran would threaten US national security. They pointed out in the letter Tehran is currently operating more advanced nuclear centrifuges than it is allowed under the JCPOA and has frequently exceeded the limits on its heavy water stocks.

The JCPOA was concluded in July 2015 between Iran, the European Union and the P5+1 group of nations: the United States, Russia, France, Germany, the United Kingdom and China. Under the terms of the agreement, nuclear-related sanctions on Iran were lifted in exchange for assurances Tehran’s nuclear program would remain peaceful.