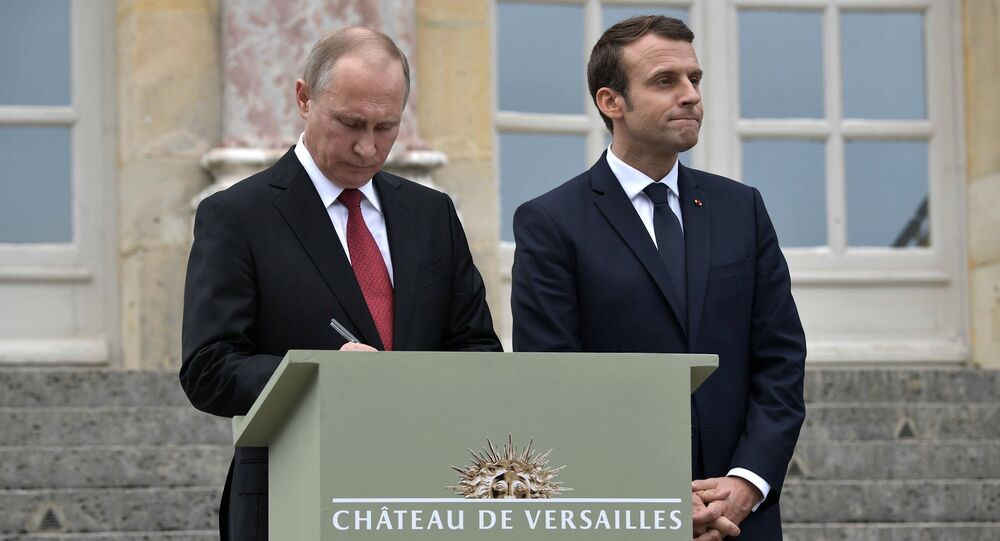 French President Emmanuel Macron stated that France and Russia are cooperating in work to prevent hacking.

© REUTERS / Maxim Shemetov
France Finds No Traces of Russian Hackers in Attack on Macron's Campaign
MOSCOW (Sputnik) – France and Russia are working on ways to prevent hacking and the issue should not affect bilateral relations between the two states, French President Emmanuel Macron told the Journal du Dimanche media outlet in an interview published on Sunday.

“Russian interference in the French election was an almost exclusive issue during my first phone conversation with [Russian President] Vladimir Putin. I told him about facts of computer hacking and of behavior by some media that I possessed. These sensitive issues should not make obstacles for our bilateral relations. It is important to create a protocol to prevent computer hacking from happening again. We are working on that,” Macron said.

The president pointed out the importance of data exchanges between official bodies of Russia and France.

© Flickr
France's Cyberattack Concerns Unrelated to Russia - Government Spokesman
Concerns over Russia's alleged interference in foreign elections, including through hacking and media leaks, have recently been raised in several countries including the United States and France.

Moscow has repeatedly denied the allegations. Russian Foreign Minister Sergey Lavrov said that there was no proof that Russia was meddling in the election processes of the United States, Germany, France, or the United Kingdom.