After submitting a request for public comment about whether US voters’ personal data should be made public, the White House has published the responses of those who replied -- along with their personal data.

In a spectacular you-can't-make-this-stuff-up moment, the administration of US President Donald Trump, after seeking online voter input on how to manage voter privacy, made public on Thursday the very information that respondents clearly requested stay hidden, angering, well, everyone. 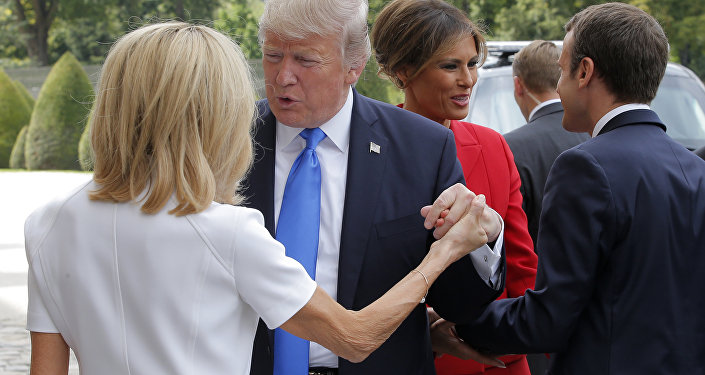 "DO NOT RELEASE ANY OF MY VOTER DATA PERIOD," wrote one respondent, before the White House published online some 112 pages of respondents' names, email addresses and other personal information, including street addresses, employers and political party allegiances.

The White House received thousands of email responses to its request for public comment on its beleaguered Election Integrity Commission, most of them critical, as the gathering of personal information is observed to be the comment form's primary purpose.

The Trump election commision then ratcheted voter anger up a notch by announcing that it would make public the personal information contained within each respondent's request.

More exasperated emails followed, as documented by the Washington Post.

"You will open up the entire voting population to a massive amount of fraud if this data is in any way released," a participant wrote, while another stated: "Many people will get their identity stolen, which will harm the economy."

"I respectfully request," wrote one polite participant, "that you leave my voter data and history alone, do not publish it, and do nothing with it."

But those requests, alongside thousands of others, were in vain.

Trump officials, in posting the emails publicly online, included every snippet of personal information provided by the participants. Many of the emails include email and home addresses, phone information, employment and voter affiliation.

Responding to accusations of — at a minimum — willful ignorance, a Trump spokesperson blithely claimed that "These are public comments, similar to individuals appearing before commission to make comments and providing name before making comments," cited by the Washington Post.

While federal agencies, including the Securities and Exchange Commission and the Federal Trade Commission, warn online commenters to "not include any sensitive or confidential information," Trump officials made no mention of guidelines or warnings with regard to the public posting of personal data.