EU to Continue to Work With Stable, Democratic Turkey on Common Challenges 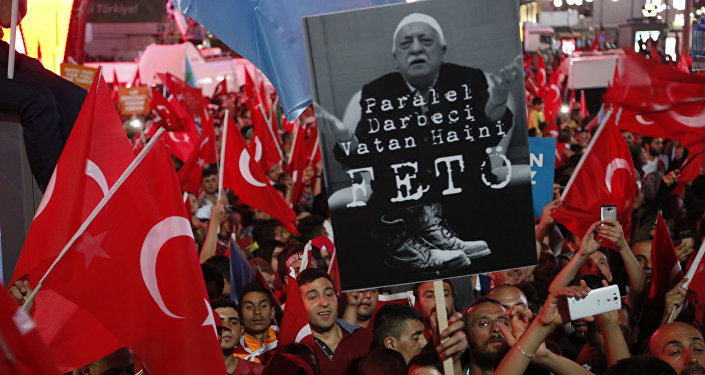 © AP Photo / Hussein Malla
Turkey Prevented 36 FETO Suspects From Fleeing to Europe Since Failed Coup
BRUSSELS (Sputnik) — "The EU stands ready and willing to continue to work with a stable, economically vibrant and democratic Turkey. To this end, and in the framework of the EU’s engagement with Turkey, a High Level Political Dialogue will be held in Brussels on July 25 at which representatives of the EU and of Turkey will discuss areas of shared interest and common challenges," the statement, marking the first anniversary of an attempted coup in Turkey, read.

The statement added that the European Union stood in solidarity with Turkey and its people in regards with the attempted coup, noting that the country had the right to prosecute the coup's organizers, drawing upon basic rights and freedoms as well as an independent judiciary.

"Respect for human rights, fundamental freedoms and the rule of law are essential principles of the European Union. They embody both the foundations of our relationship and the aspirations of the people of Turkey and the European Union. As a key partner and a candidate country and as a member of the Council of Europe, Turkey has subscribed to these principles," the statement read.

The relations between Brussels and Ankara has deteriorated after Turkey’s crackdown on opposition journalists, as well as public servants and judges, in the wake of the July 2016 coup attempt which prompted EU disapproval shown by suspension of the accession talks. Turkey signed an association agreement with the then-European Community in 1963 and submitted a membership application in 1987.

A military coup attempt took place in Turkey on July 15, 2016, leaving over 240 people dead and some 2,000 injured. Ankara declared a national state of emergency, with a wave of arrests taking place across the country. According to the country’s Ministry of Justice, over 50,000 people, allegedly tied to the coup attempt, were arrested over the past 12 months.