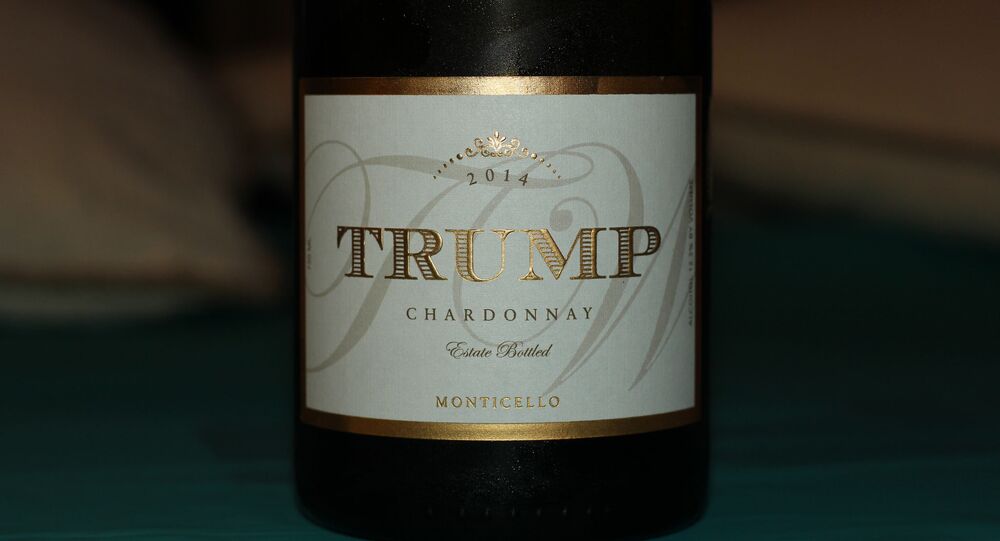 Commenting on the European trip of US President Trump and the difference of his rhetoric before and after his meeting with President Putin, Jaromír Kohlícek, a Czech politician and Member of the European Parliament made a very interesting comparison: he compared the US leader with young wine, which "causes a headache" when too much is consumed.

Ahead of his first ever meeting with Russian President Vladimir Putin on the sidelines of the G20 meeting in Hamburg, President Donald Trump stopped over in Warsaw where he made some sharp comments about Moscow.

However in Hamburg, President Trump was more reserved and respectful towards his Russian counterpart.

Jaromír Kohlícek, a Czech politician and Member of the European Parliament, spoke to Sputnik Czech about the US leader’s first "Euro trip," making a very interesting and unexpected comparison.

"You know, I see him in politics as kind of a 'young wine': it is light and wonderful when you taste it. But it causes a headache if you drink it too much," the politician told Sputnik.

He further elaborated that everyone had been waiting what would happen to Trump after his surprising victory. While the candidacy of Hillary Clinton and her policies as the US president would have been more predictable, Trump in politics remains someone unknown, who will at times cause headaches.

Jaromír Kohlícek said that in Poland, one of the US' most faithful allies, the US leader has been playing the strings of Polish Russophobia. However he simply could not have used the same very rhetoric in his negotiations with President Putin. Quite logically, it was an absolutely different Trump in Hamburg, where he changed his rhetoric for a more pragmatic one.

© REUTERS / Carlos Barria
Tough Exterior: What's Behind Trump's Message That He Stood Up to Putin
The Czech politician said that it still remains to be seen where this "realistic part" of Donald Trump will prevail over the course of his political formation.

There is a tendency in the world, he said, to interpret any development from a Russophobic position, be it hacker attacks or alleged meddling in presidential elections.

He further suggested that, ahead of German elections, any possible abnormalities could be justified by the "hand of Moscow," even though Germans were not actively using the Russophobic argument in their political disputes.

In the Czech Republic, however, the issue of the so-called "Russian hackers" is already gaining momentum ahead of the parliamentary and presidential elections, he said.

"Nothing will change in the European Parliament. There are certain groups which have become united through a principle of antagonism towards Russia. Those are mainly deputies from Poland and the Baltic States. They stubbornly try to increase the degree of Russophobic sentiments and want to promote them throughout the EU, which they regard as a federation, something similar to the United States of Europe," the politician told Sputnik.

© REUTERS / Dylan Martinez
Putin Could Have Been Better Off If Clinton Won US Election - Trump in Interview
Jaromír Kohlíček however suggested that the situation might change after the elections to the European Parliament of 2019, when the structure of the deputy corps might be a little different: Ukraine and Poland, due to certain objective reasons, could send deputies to the European Parliament that are more loyal towards Russia.

As for Ukraine, this could be also defined by an economy catastrophe the country is facing right now, he finally stated.