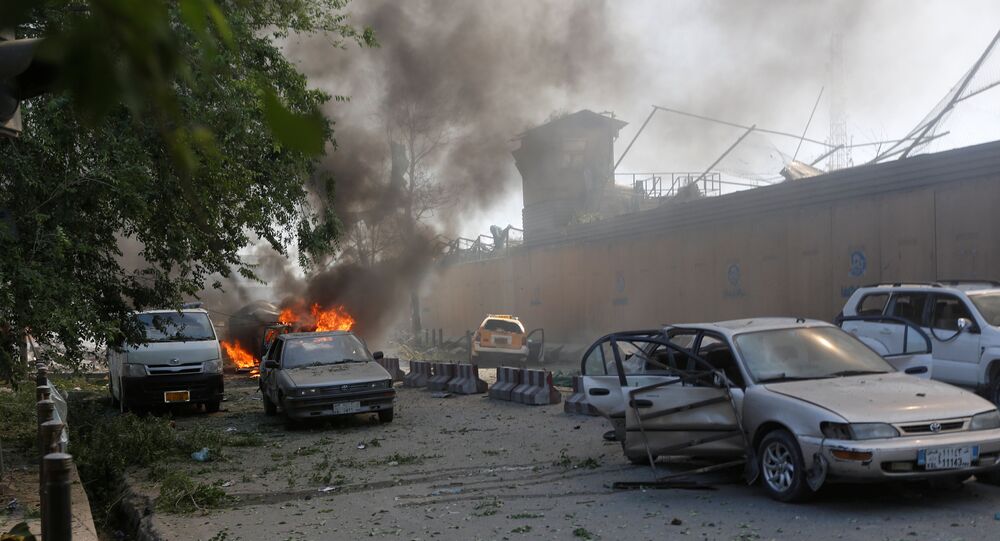 Russia warned NATO at the meeting of the Russia-NATO Council on Thursday of the threat of Afghanistan turning into a safe haven for terrorists, Russia's envoy to NATO Alexander Grushko said.

© Sputnik / Alexey Vitvitsky
What We Know About NATO-Russia Council
BRUSSELS (Sputnik) — Grushko also said that Moscow is expecting NATO to provide full information about how the Alliance is planning to conduct future operations in Afghanistan in the framework of the Resolute Support mission.

"We have continued the discussion on Afghanistan…The situation there is deteriorating, there is a serious threat of Afghanistan turning into a safe haven for terrorists as, unfortunately, the hold of the Islamic State [Daesh, terrorist group banned in Russia] is not weakening," Grushko told reporters in Brussels.

Afghanistan has long been suffering from turbulent political, social and security situation due to the activity of Daesh terrorists and the Taliban. The Afghan National Defense and Security Forces are currently conducting joint offensive operations to combat terrorism across the country.