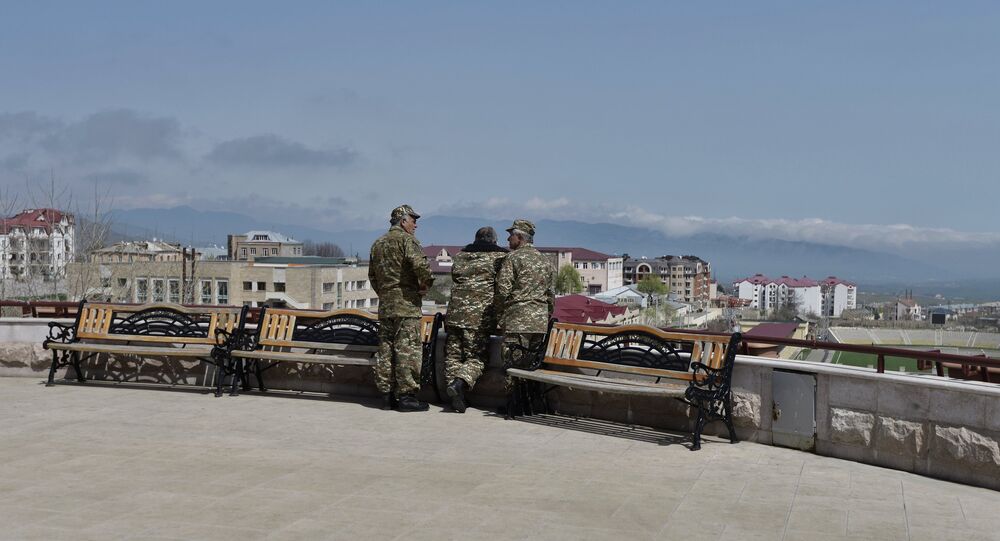 Nagorno-Karabakh conflict settlement talks are not bearing fruits while tensions are growing along the zone of military operations between Azerbaijan and Armenia, Azerbaijan's Defense Minister Zakir Hasanov said in an interview with RIA Novosti.

BAKU (Sputnik) — Azerbaijan's Armenian-dominated breakaway region of Nagorno-Karabakh proclaimed its independence in 1991. After the military conflict ended in 1994, Azerbaijan lost control over the region.

Violence erupted in Nagorno-Karabakh on April 2, 2016, and led to multiple casualties. The parties to the conflict signed a Russian-brokered ceasefire three days later, but mutual accusations have not stopped so far.

"Tensions have grown in recent years in the zone of military operations where Armenian troops are deployed against the Azerbaijani armed forces," Hasanov said.

He named "the occupation of Azerbaijani lands" as "the single reason" behind the protracted conflict.

"All the rest is a consequence. The occupied territories are not liberated, negotiations are not bringing any results," Hasanov stressed.