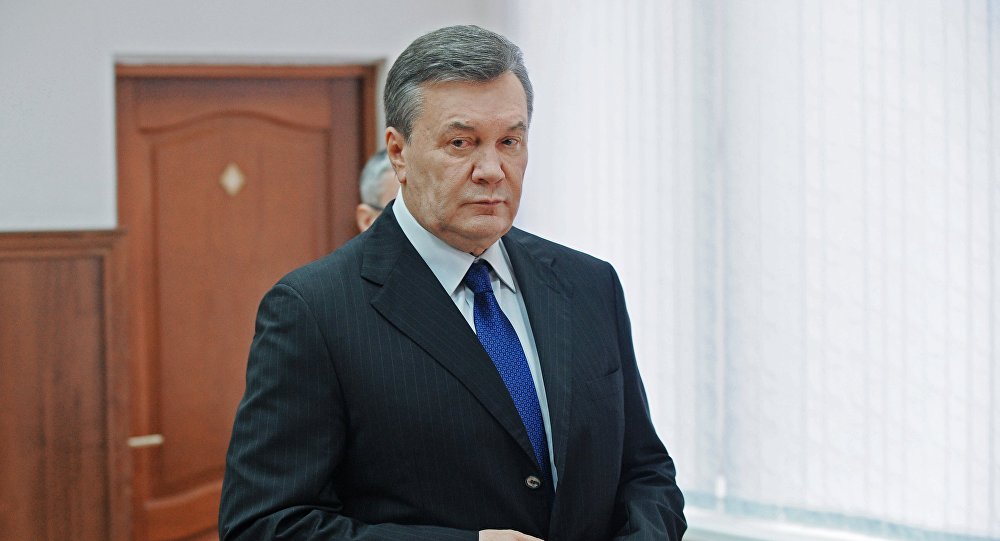 European Parliament lawmaker Udo Voigt, of the National Democratic Party of Germany (NPD), said on Wednesday that Ukraine's trial of former President Viktor Yanukovych is a "farce" and "a mockery of all legal standards."

MOSCOW (Sputnik) — In late June, a Kiev court began the merits review in the court hearings of Yanukovych, accused of treason, without the former president being there himself.

"Currently, right at our doorstep, namely in Ukraine, a real trial farce takes place. Its victim is the former President Viktor Yanukovych, charged with alleged ‘state treason.’ The trial, which was launched by a district court in Kiev back in May and now, after clarification of all formalities goes into stage of actual hearings, is a mockery of all legal standards," Voigt said, as quoted by his press service.

© RIA Novosti . Alexei Kudenko
Former President Yanukovych Accuses Ukrainian Judges of Procedural ‘Crimes’
According to the statement, Voigt requested the European Commission explain its assessment of the trial from the point of view of a legal state and the rule of law, as well as to state what measures the Commission should undertake to preserve universal human rights during the process. The Commission has six weeks to prepare its response, the statement added.

The treason case against the former president, who was overthrown in 2014 in what many consider to be a coup, was launched in November 2016.

On April 11, Ukraine's President Petro Poroshenko signed a law allowing the conviction of Yanukovych in absentia. On May 4, Ukrainian prosecutor Viktor Kravchenko said that the public prosecution would seek life imprisonment for Yanukovych.