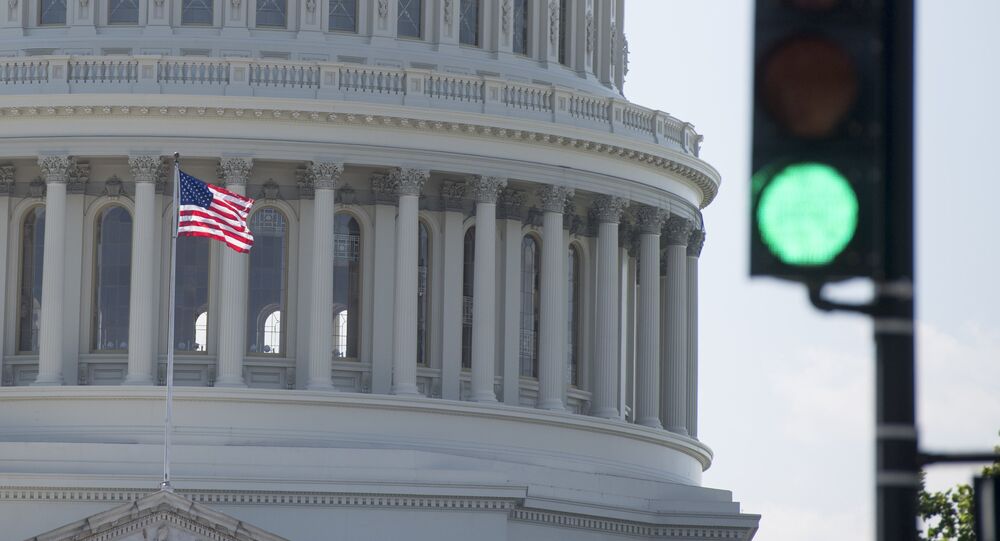 US Congressman Steny Hoyer hopes the House of Representatives will vote this week on a package of new sanctions against Russia, according to his statement released by the lawmaker on Tuesday.

WASHINGTON (Sputnik) — Hoyer said he believes lawmakers can quickly resolve an issue that has stalled the legislation since it was passed by the Senate last month.

"I hope that Republican leadership will work with us to address this issue and bring the bill to the Floor for a strong, bipartisan vote this week," Hoyer said.

The US Senate passed the sanctions package on June 15 with a 98-2 vote, but the legislation was flagged by the House as a "blue slip" violation.

According to the US Constitution, any bill that raises revenue for the US government must originate in the House of Representatives. When such bills originate in the Senate, they are known as "blue slip" violations.

© CC BY 2.0 / Kmccoy / United States Capitol
US House Ready to Pass New Senate Bill on Iran, Russia Sanctions
The bill, which censures Iran over its ballistic missile program, also slaps new sanctions on Russia over Moscow’s alleged interference in the US presidential election in 2016.

Iran, Russia Sanctions Bill Unprecedented by Not Including Security Waivers